10 Crowdfunding Projects to Pledge in April 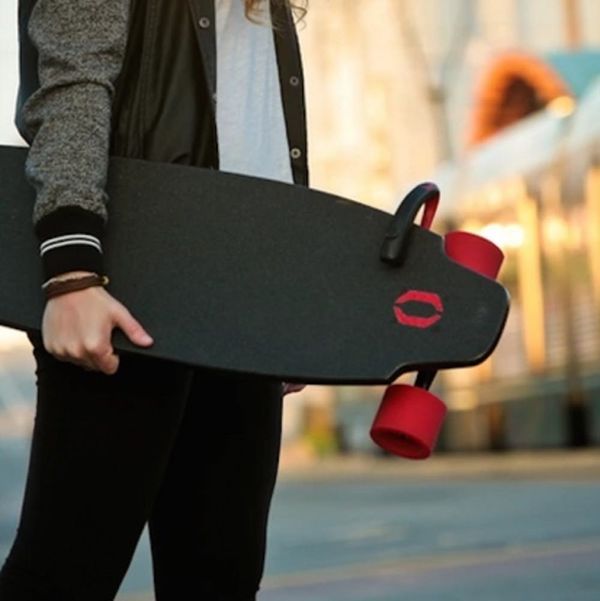 As you most likely know, we’re pretty obsessed with crowdfunding projects. Probably because we wish we thought of those clever ideas ourselves. BUT we can’t get too bitter about other people having all the great ideas, because as you’ll see from the list below, a lot of inventors just want to make the world a better place. From a portable charger that uses water instead of fossil fuels to an adorable app for kids, the 10 here are all bound to make you have a bit more faith in humanity.

1. Coffee-Inspired Watches: These gender-neutral timepieces are espresso, mocha and coffee-colored; it’s no wonder the designer conceptualized the idea while at his favorite neighborhood coffee shop. Not only are the colors inspired by coffee, but the watches’ hardware is inspired by espresso machines. They’re sleek and somehow both modern and retro at the same time.

2. Amping Up Your Audio: Let’s face it: No one has a stereo anymore. As great as it is to be able to listen to music from your laptop and phone, the bad news is, the music quality goes way down. UAMP works as an amplifier — hence the name — so you can hear your music as it’s meant to sound. Plus, it’s portable and works with any headphones. It gives a whole new meaning to “save the music.”

4. The Prettiest Educational App Ever: If you’ve spent any time at all with kids, you know two things: they ask a lot of questions and they’d really rather play with your iPad than talk to you. Rudi Rainbow is an app that taps into both of those notions. This cute little rainbow teaches kids all about the weather through a fun, interactive story. The app also has six games, so kids can test out their new knowledge while still having fun.

5. A Motorized Skateboard: At first glance, The Monolith looks like an average skateboard, but it’s actually the first motorized skate ever. Imagine zooming past other skateboarders who are left wondering how you managed to zip by without your feet ever leaving your board. Plus, you’d be able to travel farther on it because your legs wouldn’t get as tired. Another cool feature: It has a USB port so you can charge it while you’re on the go.

6. The Smallest Hydropower Plant Ever: This little black and blue guy — named Blue Freedom — charges electronic devices using water. Think about how much better off the planet would be if everyone used this, or something like it, to charge their electronics instead of using energy from fossil fuels. And get this: Charging your device for an hour gives it life for 10 hours.

7. A Minecraft Toolbox: Minecraft fans, this one’s for you. This toolbox actually lets you build your own Minecraft robot. You can make it as simple or as complex as your want, based on how good you are at building this kind of stuff. And the toolbox comes with things your robot can use, like motion detectors, LED flashlights, buzzers — everything you can possibly think of needing. Play on, gamers.

8. The First Pain Relief Wearable: This little electronic device offers an alternative to treating pain. It works by stimulating sensory nerves and blocking pain signals traveling from your brain to the rest of the body. It’s already been cleared by the FDA and has gotten press from Wired, Forbes and Everyday Health, to name just a few. All the inventors need is the financial backing to get the product made and in-stores.

9. Your Own Personal Social Media Manager: Whether it’s for a personal project we’re managing on the side or part of our actual job, a lot of us rely heavily on social media. Tweet Rocket is a social media service that will do all the work for you, taking care of tweeting and retweeting anything that will help your cause. Of course, you can log in any time to make tweaks, but it takes a lot of the time-consuming tasks off your hands. Right now it’s just in beta, but with funding, the masterminds behind this project are hoping to get this Twitter tool flying.

10. A Life-Saving Watch: Okay, this goes way beyond what a FitBit can do. This wearable, called Embrace, measures your stress levels, aiming to keep your heart — and the rest of you — healthy. It can also send a message to the person you’re closest to when something potentially life threatening occurs, like a convulsive seizure or heart attack. If funded, this watch will retail for $199.

Which project do you think is beyond genius? Tell us in the comments.

Emily Laurence
Emily is a contributing writer for Brit + Co and former teen magazine editor. She lives in New York City, where she's on a mission to find the most delicious mocha in the East Village.
Crowd Funding
Tech
Crowd Funding Kickstarter
More From Tech