How to Say “Shh!” on Social Media 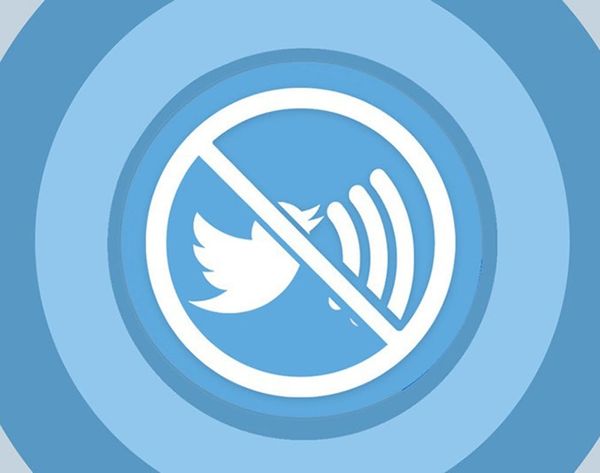 Yesterday your feeds were probably a-buzz with a big social media breakthrough: You can now MUTE people you’re following on Twitter. If you’re not a Twitter user, this might seem confusing, and if you are, this might be a huge relief. But let’s be real: This isn’t a major innovation in social media, it has more to do with a couple things that have been around since the dawn of communication — manners and break ups.

When you go through a breakup you want to “Eternal Sunshine of the Spotless Mind” all of the areas of your life that were touched by your former boo. But you want to do it in a way that is subtle so as not to show the gaping wound that was where your once-beating heart beat. Even if it was a GOOD breakup, who wants to know about that GREAT ex’s even BETTER new relationship? Ew, no thanks. Now, Twitter joins frenemy Facebook to help you politely and privately mute someone you just can’t stand to get updates from anymore.

Log in on Twitter for web or through the app on your iOS or Android device to test out Twitter’s new mute function. It’s easy. You can do it from your page of followers on web or find the Mute option on individual’s profiles on mobile. After they’re muted, you will no longer see their Tweets and RTs in your timeline, but they won’t know. They can still favorite, reply to and RT your Ts, you just won’t get notified about it. Unlike maneuvering the wild world of Facebook privacy settings, it’s easy to unmute at any time (as you can see above, @JohnMayer!).

Being able to privately mute someone on Twitter means you can clean your feed of anyone who you “hate.” We’re using bunny ears in this sitch to signify the type of hate that is more like the mild distaste/aggravating irritation you feel when that friend-of-friend, acquaintance or colleague Tweets boring, annoying or rude things. They’ll never know, because people on Twitter rarely ask, “Did you see that thing I Tweeted?” This isn’t Facebook after all.

And speaking of our old “friend,” the social network has let you wrestle with its algorithm for years to tailor what and who you see in your news feed. It takes things a step farther than the simple mute now. You can either choose to “Unfollow” specific people…

…or simply say: “Nah, I don’t want to see this” to a certain post. Facebook will even prompt you to explain why so you can tell it if it’s inappropriate or just, in its words, “annoying.” (Note: I love both of the people featured above and do not want to unfollow them, nor do I find their posts to be annoying, FB-inapprops or spam. XO!)

The “unfollow” is a real statement. It can say: “I want you out of my life,” which can also say “Oh, and if I want you out of my Internet life, that means my real life, too — do you get that?” Way harsh, Tai. Anyway, you’re waaay too busy being fabulous and living your wireless life to even remember to unfriend your ex, right? Muting someone privately gives them the Eternal Sunshine Treatment without letting them know that you’re thinking about them one tiny bit.

There’s no mute option on Pinterest and Instagram right now, so be ware. If you’re polite and/or a serial dater, those are the followers you’re going to be stuck with… forever.

Lisa Raphael
In her past professional lives, Lisa has served the masses as the Editorial Director at Brit + Co, Bieber Whisperer at J-14, Golden Girls Fan Club Prez at Lifetime and Talk Show Host Understudy to Katie Couric. Now, she's taking on the sports world at The Relish, teaching Hairography 101 in her spare time and will forever be trying to fill the hole Zayn Malik left in her heart.
Facebook
Tech
Facebook social media twitter