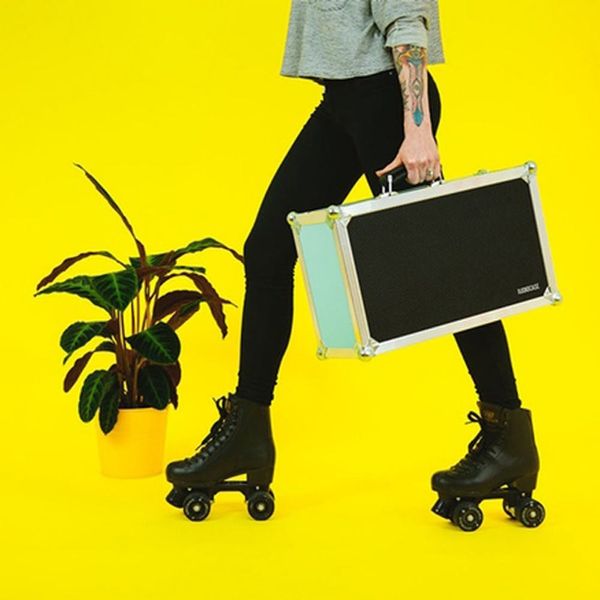 We are totally obsessed with crowdfunding sites like Kickstarter, Indiegogo and GoFundMe. There’s something exciting about the idea that someone sitting at the cubicle next to you could be formulating the next best idea in his or her spare time. Being an inventor is no longer for people who can network with the right investors; it’s about having an awesome enough idea that the general public will be excited about. Whether it’s sparking an important political movement or adding joy to your busy life, March’s best crowdfunded projects aim to support and improve our communities.

1. World’s Fastest Portable Charger: Not only is this charger twice as fast as the ones currently on the market, it’s half the size. As if that wasn’t enough to make you wish you could buy it now, it also has two USB ports instead of just one, so you can charge your phone and tablet at the same time. It’s every tech addict’s dream come true.

2. Pancake Printer: 3D printers have been getting all the love lately, but we think the PancakeBot is just as cool. The printer creates a pancake in any shape you want: castle, unicorn, Ryan Gosling… the possibilities are endless. It comes with computer software that allows users to trace the shape of what they want their pancake to look like. The file is stored on a little SD card, which is inserted into the printer. Add batter, and voila!

3. The Smartest Toy Ever: CogniToys has such advanced technology that it has gained the attention of Wired, Mashable, Yahoo! Tech and The New York Observer, among other publications. Kids can actually have an ongoing conversation with the toy, which becomes more advanced as the child gets older. Not only can it tell stories, it can also ask and answer thousands of questions. If only it could cook and clean, right?

4. Dungeons & Dragons Themed Bar: Despite the stereotype, Dungeons & Dragons fans like to go out and drink as much of the rest of us. Four friends are trying to get enough seed money to create Dungeons & Drafts, a bar where geeks and gamers can mingle together and play games. The bar would be located in Colorado, and so far over $35,000 has been raised.

5. Audiocase: Audiocase promises to revolutionize your music listening experience with their modern day version of the classic ’80s boombox. It’s light enough to carry anywhere you want a dance party (which is basically everywhere, right?) and it uses Bluetooth technology to connect with your devices. With a 24-hour battery life, you’ll be partying til dawn.

6. Gender-Free Shoes: Nik Kacey left a comfortable job at Google to launch a gender-neutral shoe company. As someone who identifies as a third sex and not male or female, buying shoes has always been a miserable experience for Nik. Using EU sizing, Nik is launching a line of derby-style shoes made by some of the best shoe makers in Portugal. The luxury footwear has been tested and approved by others in the transgender community, and they were even shown at a DapperQ fashion show.

7. Farm-to-Mug Tea: Being more conscious of where our food is coming from has sparked the farm-to-table movement, but what about what we drink? This project is putting a human face on where consumers’ tea leaves are coming from by sourcing them from Farmer Chang, who lives in the luscious mountains of Taiwan. His Misty Mountain Oolong tea in particular is said to be floral, buttery and smooth, and it’s just one of the premium teas for sale.

8. Microwavable Notebook: No, this isn’t something you put on a plate next to your Bagel Bites. Rocketbook is a high-tech way to go back to the basics: writing with a pen and paper. A lot of people prefer writing to typing in meetings or when out and about, but this digital pen and paper gives writers all the benefits of using a tablet by digitizing the notes and storing them in a cloud. Each page has buttons that allow users to easily email the doc or Dropbox it. Once you fill up the notebook, all you have to do to clear the pages is microwave it.

9. Smartphone-based Light Switches: The idea behind Switchmate is pretty basic, but of course, it took a forward-thinking person to actually make it happen. You put these over your light switches and then synch them with your phone. No more having to pull yourself out of bed just to hit the switch.

10. Youth Homeless Awareness: Filmmaker Rotimi Rainwater knows what it’s like to be homeless. He used to live on the streets and after keeping his past a secret for more than 20 years, he’s now using his past to educate others. Rainwater is trekking across the country to make his documentary, Lost In America, and look at the complex social issues that surround youth homelessness. His voice represents the 1.5 million youth without homes.

Are you planning to fund any of these projects? Let us know in the comments.

Emily Laurence
Emily is a contributing writer for Brit + Co and former teen magazine editor. She lives in New York City, where she's on a mission to find the most delicious mocha in the East Village.
Crowd Funding
Tech
Crowd Funding indiegogo Kickstarter
More From Tech