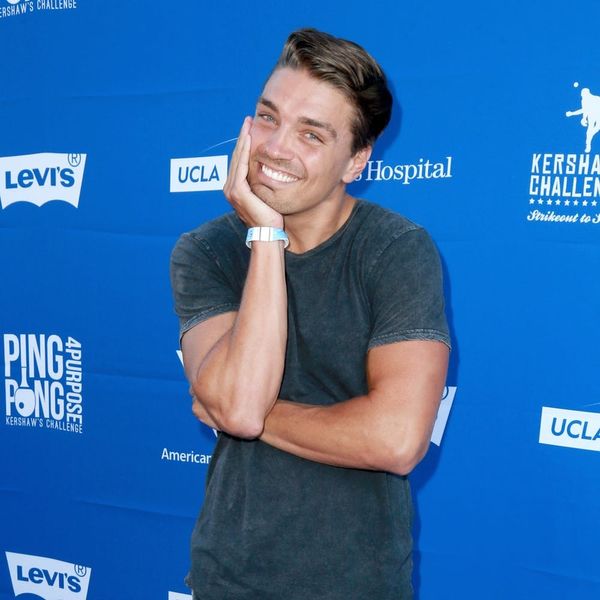 There’s no doubt that during this season’s The Bachelorette: Men Tell All special, the fellas had their say. (In fact, they may have said too much.) We cringed when DeMario Jackson attempted to defend himself against the two-timing allegations all over again, and we fully understood the need for Lee Garrett to be called out for his racist tweets. But according to fan fave Dean Unglert, there was even more to the drama than what we saw on TV.

Sitting down to chat with People, Unglert was asked if there was anything we didn’t see in the lit AF special. And while it’s understandable that not every second that’s filmed makes it to the screen, there was one moment the 26-year-old wished had made the final cut. “My boy Adam [Gottschalk] had a hot seat with Chris Harrison that didn’t get aired,” Unglert revealed. “That was kind of sad.”

Thankfully for us, Unglert was willing to give us a few insider deets on what Gottschalk and Harrison talked about, including why Gottschalk didn’t get a one-on-one with Rachel Lindsay, despite being in the top five. A very good question indeed, though considering the entire Tell All segment ended up getting nixed AND he missed out on a one-on-one, perhaps he just has an unfortunate tendency to get left out.

Unglert also touched on the situation with his dad, which viewers witnessed during one of the most heart-rending hometown dates the show has ever featured. Prior to the visit, Unglert and his father hadn’t spoken in about two years, due to a falling out over the death of Unglert’s mother when he was 15.

Unglert told EW that his relationship with his father is “pretty much the same” these days and that they “both just need to grow up.”

Would you have liked to see Adam Gottschalk in the hot seat? Let us know @BritandCo!

Desiree O
Desirée O is a ‘Professional Bohemian’ who loves anything and everything related to the arts, entertainment, and pop culture. She ADORES being a ‘Newsy’ for Brit + Co, covering all of the latest tidbits of awesomeness that you want to read about. When she’s not writing, she’s either making messy art, going on long adventurous walks with her camera, or poking around over at bohemianizm (http://www.bohemianizm.com/). You can find out about Desirée O and her work at http://DesireeO.com/ or follow her on Twitter @DesireeO.
The Bachelorette
TV
The Bachelorette