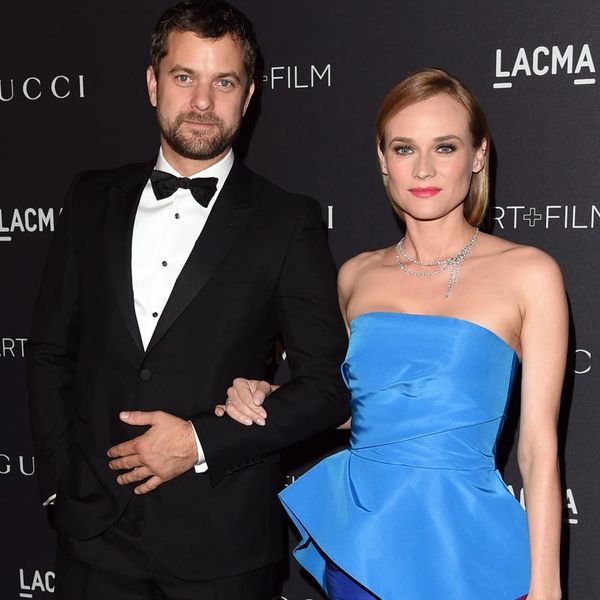 Breakups are never easy. Regardless of who set the wheels in motion, it takes time to figure out how to survive the initial breakup blowout. Once you’ve gotten past the hurt, however (and leaned on your friends to help you through), navigating ex territory IS possible. In case you needed an example of how to cope, may we present actors Joshua Jackson and Diane Kruger?

After getting together in 2006 despite a disastrous first date, the couple had a strong, happy 10-year relationship. Sadly, the two called it quits last summer, saying that they would “remain friends.” The Dawson’s Creek alum took his love for his ex to new heights this weekend, however, in an Instagram post congratulating his former lady on her HUGE Best Actress win at Cannes.

Accepting the award for her performance in In the Fade, which has been receiving plenty of critical acclaim, Jackson took to Instagram to praise her work.

“Yes she Cannes,” he said in a cheeky play on words. “Having witnessed the integrity and dedication that you bring to every job, I’m over the moon to see you getting the recognition you deserve. Only question is what took ’em so long! CONGRATULATIONS, Josh, #dianekruger.”

Yes she Cannes. Having witnessed the integrity and dedication that you bring to every job, I'm over the moon to see you getting the recognition you deserve. Only question is what took 'em so long! CONGRATULATIONS, Josh #dianekruger

It looks like these two are keeping good on their promise of friendship, and we couldn’t be happier to see it.

Have you ever had a good breakup? Tell us about it @BritandCo!

Kat Armstrong
Kat has been a writer, social media maven and mom for longer than she's willing to admit. She's also spent time in front of and behind the camera, interviewing celebs, politicians and acting as a producer for fashion and artistic photography shoots. When she isn't writing for various orgs and publications, she's hanging with her kids, husband and French Bulldog, Peter, in Toronto, Canada.
Celebrity Breakups
Celebrity News
Celebrity Breakups Celebrity Couples