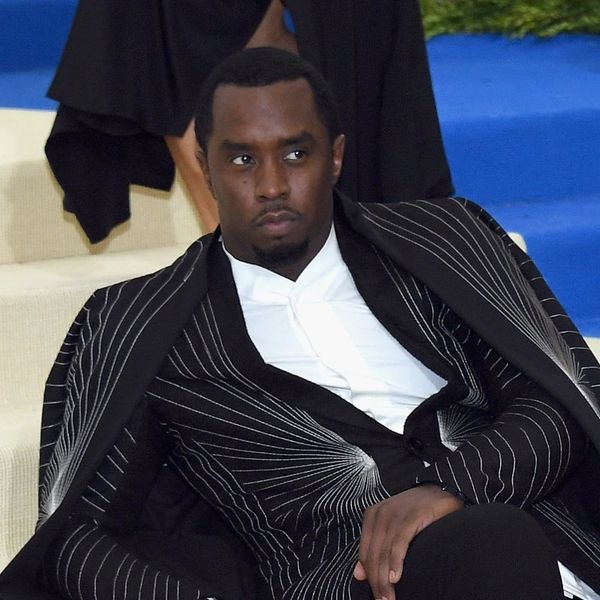 This year’s Met Gala served up a feast for the eyes on the red carpet, but also through the various pics shared on social media by the celebs themselves. While Kylie Jenner broke the rules and provided fans with one of the most epic Hollywood selfies of all time, it now turns out that she and sis Kendall Jenner have been viciously cropped out of Diddy’s Met Gala Pic. Ouch!

Plenty of stellar star-filled shots were captured at this year’s event, but one — featuring Kylie & Kendall Jenner posing along with Diddy, Wiz Khalifa, Migos, Jaden Smith, and Travis Scott — has sparked new buzz because of Sean Combs’ minor (yet brutal) alteration.

First, take a peek at the original pic, posted by Kylie…

There’s no way he could just claim he wanted to make himself the centre of attention since the cropped version results in Diddy being way over to the side. And really, he couldn’t have made the cut more deliberate — Kylie and Kendall were clearly and fully left out. Nixing them even resulted in a blurry shot, but apparently Diddy would prefer that than having to mix it up with the Jenner sisters.

Granted, you could argue that he simply wanted it to be a pic with the fellas (he *did* caption the post with “#teamlove #blackexcellence”), but this is apparently not the first time Diddy has cropped out a Kardashian relation, and there’s no denying that it’s still pretty darn vicious.

Have you ever, er, cropped anyone out of a pic… deliberately? Let us know @BritandCo!

Desiree O
Desirée O is a ‘Professional Bohemian’ who loves anything and everything related to the arts, entertainment, and pop culture. She ADORES being a ‘Newsy’ for Brit + Co, covering all of the latest tidbits of awesomeness that you want to read about. When she’s not writing, she’s either making messy art, going on long adventurous walks with her camera, or poking around over at bohemianizm (http://www.bohemianizm.com/). You can find out about Desirée O and her work at http://DesireeO.com/ or follow her on Twitter @DesireeO.
Instagram
Celebrity News
Instagram Kardashians Kendall Jenner Kylie Jenner Met Gala
More From Celebrity News