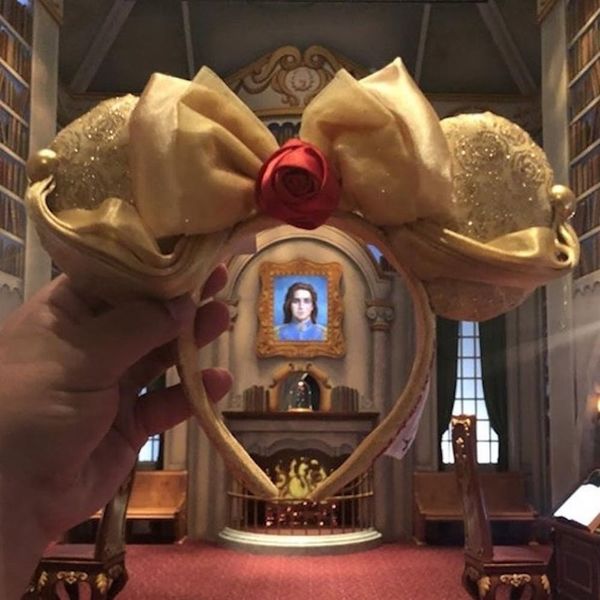 Disney’s Minnie Mouse ear collection just keeps getting better and better! The house of mouse caused buying pandemonium last August with the release of its oh-so-coveted rose gold ears. Then the park had us losing our chill over its sequin cupcake birthday ears back in March, and now, they’ve released what might be the very best pair of all.

As seen on @thedisneybae‘s Instagram feed, Disneyland’s The World of Disney is now selling a pair of golden Beauty and the Beast–themed ears that will instantly transform you into Belle.

The ears feature plenty of references to the iconic film, from the golden hue of Belle’s dress to the Beast’s enchanted rose, which is featured at the center of the headpiece. The sequined rose-print ears are topped off with the words “Tale As Old As Time” that are inscribed on the headband’s side.

The release comes just in time for Beauty and the Beast Live in Concert, which will be performed at the Hollywood Bowl in LA on May 25 and 26 with Zooey Deschanel as the lead.

If history is any indicator, these gorgeous gems will sell out, and quick — get thee to Disney at once!

What do you think of the latest version of mouse ears? Tell us over @BritandCo.

Nicole Briese
Nicole is the weekend editor for Brit + Co who loves bringing you all the latest buzz. When she's not busy typing away into the wee hours, you can usually find her canoodling with her fur babies, rooting around in a bookstore, or rocking out at a concert of some sort (Guns N' Roses forever!). Check out all her latest musings and past work at nicolebjean.com.
Disney
Style News
Disney Headbands Movies