Disneyland Fans, Hop on These Rides One Last Time Before They Close for Good 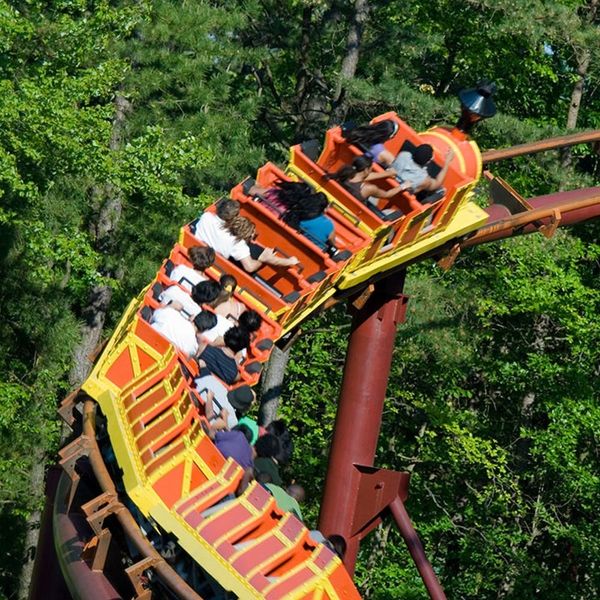 In case you’ve been hiding away in a cave for the last month, we have some news for you: a new Star Wars movie came out and people are kind of freaking out about it. This time around, the story has been produced by Disney. And just like all of Disney’s other major blockbusters (i.e. Frozen, Cars, Finding Nemo), it’s now getting its own ride at Disneyland. Actually, scratch that. It’s getting its own LAND.

Last summer the park announced plans to create a 14-acre Star Wars area in the Anaheim park. Similar to Universal Studio’s Harry Potter World, the space will be designed to fully immerse visitors into the Star Wars realm. But with great success comes with great sacrifice. To make room for the stellar new area (see what we did there?), Disneyland will be permanently closing four attractions and temporarily closing another six. Luckily, the ultra popular rides like Space Mountain, the Haunted Mansion and Matterhorn are all still a go, but if Frontierland is your go-to spot when you visit the California park, we have some news that might be a bit hard to swallow. Scroll on down to see which rides are going to be gone forever come January 10.

Are any of these your favorite ride at Disneyland? Share your reactions to the news with us on Twitter @britandco.

Cortney Clift
Cortney is the senior writer and special projects editor at Brit + Co. She typically covers topics related to women's issues, politics, and lifestyle. When she's not buried behind her computer you'll find her exploring New York City or planning her next big adventure.
Disney
Entertainment
Disney
More From Entertainment