You’ll Never Guess What These Sneakers Are Made of 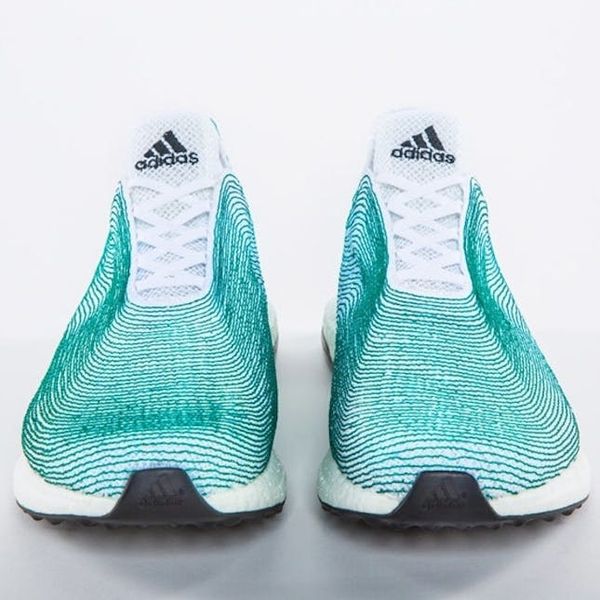 When it comes to adopting eco-friendly habits, there are plenty of things we can do to be kind to the earth. Up until recently, though, our sneakers didn’t offer many ways for us to be environmentally responsible. We need them in order to work out, of course, and when they’re dust, they’re dust. But now, Adidas has introduced a prototype shoe whose upper is made of plastic salvaged from the ocean, consisting of yarns and filaments from illegal deep-sea fishing nets. Designed by Alexander Taylor and launched in tandem with the Parley for the Oceans initiative, the shoes are part of an effort to encourage the creative reuse of ocean waste.

What’s more, the shoes are built on an Adidas Boost sole, which promises up to a 20 percent boost in performance when worn. So not only are they made of far more sustainable materials than any other gym shoes, but they also literally put a spring in our step and some extra oomph in our workouts.

Though it’s just a concept shoe for now, Adidas says it will be scaled up into a widely available consumer product next year, along with other eco-friendly sportswear pieces. In the meantime, the brand’s been making other strides for the environment, like their recent decision to do away with plastic bags in stores. It’s also piloted some take-back programs for used Adidas shoes, which are either donated or recycled instead of ending up in landfills. Personally, we’re digging the move toward keeping things eco-conscious from head-to-toe.

What do you think of this concept? Tell us in the comments section below!

Amy Lynch
Amy is a freelance writer and editor, telling the stories of progressive people and projects that move the world forward. Her work has appeared on The Hairpin, Refinery29, Citygram and more, and she's developed content for the likes of Alternative Apparel, Milkshake and Silvercar. She lives, works and plays with her fiancé and their dog, Bogey, in the weird, wild heart of Austin, Texas.
Eco-Friendly
Fashion
Eco-Friendly sneakers