This Viral German Supermarket’s Christmas Ad Will Make You Bawl 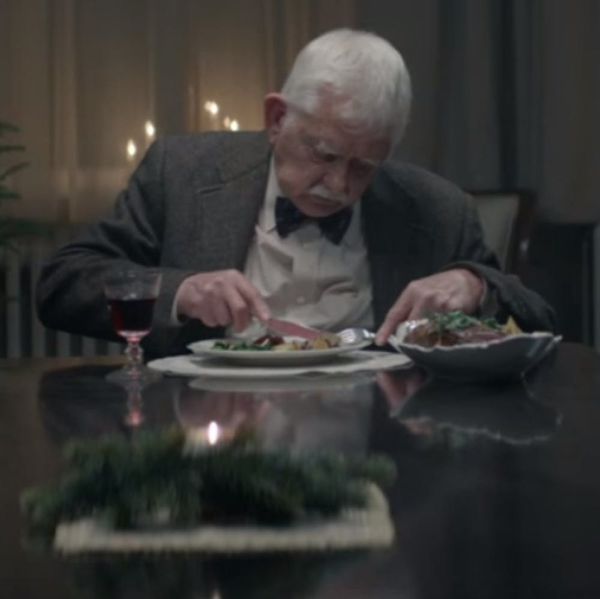 Whether it’s a Hallmark movie, a touching Christmas tune or a festive commercial, it seems like the holidays are a time when we do just as much laughing as we do crying. Following in the tradition of big-name retailers really going above and beyond in the creativity departments for their Christmas advertisements (like UK department store John Lewis or Coca-Cola), EDEKA, a German supermarket, has just released a commercial that is giving us all the feels. No, really. ALL of them.

In a brief one minute and 47 seconds, the ad tells the story of an elderly man whose family tells him they can’t come home for Christmas again this year. The man then goes on to prepare a Christmas meal for himself while looking out the window only to see his neighbor greeted by his family. After a lonely meal, the video then transitions to the various lives of his kids, who soon receive news that the man has died. Heartbroken, all of the children return home and walk into his house together only to find a beautiful Christmas tree and their dad, who is very much alive. He says to them, “How else could I have brought you all together?”

Now, faking your own death this not exactly a tactic we’d recommend to persuade people to come and see you, but the man’s desperate attempt to bring his family together once again for the holidays is so touching that we waved goodbye to all our eye makeup about 30 seconds in.

What’s one Christmas commercial that’s caught your attention recently? Share with us in the comments below.

Cortney Clift
Cortney is the senior writer and special projects editor at Brit + Co. She typically covers topics related to women's issues, politics, and lifestyle. When she's not buried behind her computer you'll find her exploring New York City or planning her next big adventure.
Christmas
Pop Culture
Christmas
More From Pop Culture