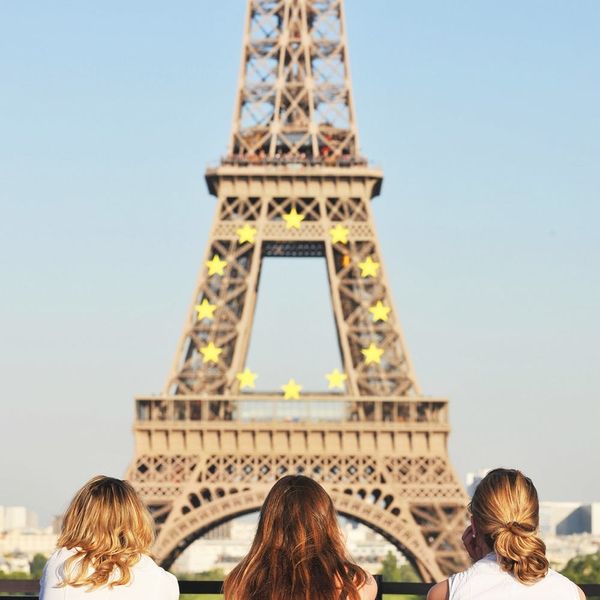 When someone mentions Paris, a few things pop into mind: fashion, food and, of course, the Eiffel Tower. You might have seen it on postcards or tinkered around with little 3D-printed figures of it, but if you’ve seen the iconic structure IRL recently, you probably noticed it looks a little different. It’s now flaunting two new wind turbines that provide energy to the souvenir shops and restaurants below.

The Eiffel Tower’s first level was undergoing a huge renovation, and the city wanted to integrate renewable energy. So Urban Green Energy came up with a design that would blend right in with the monument. The company considered solar power for a bit, but according to one of their engineers, the Eiffel Tower would have needed to be covered in glass. A shimmering Eiffel Tower might sound pretty, but the structure as it stands is a symbol of French heritage, so the designers knew they couldn’t alter the appearance.

Wind turbines ended up being the perfect solution. The wind gets pretty strong up there and the turbines don’t make any vibrations or noise, which makes them ideal for not only the Eiffel Tower, but potentially for monuments everywhere. One of Urban Green Energy’s engineers, Jan Gromadzki, said, “Having such an important monument adopt this technology really makes a strong statement for renewable energy.” You go, Paris, for setting the eco-friendly bar sky high.

Which monument can you imagine having renewable energy next? What are your thoughts on the Eiffel Tower’s wind turbines?

Stephanie Chon
As a spoken word fanatic, Stephanie enjoys journaling about her day using imperfect rhymes. In her free time, she likes to dance, watch random episodes of How I Met Your Mother and play her ukulele.
Eco-Friendly
Tech
Eco-Friendly
More From Tech