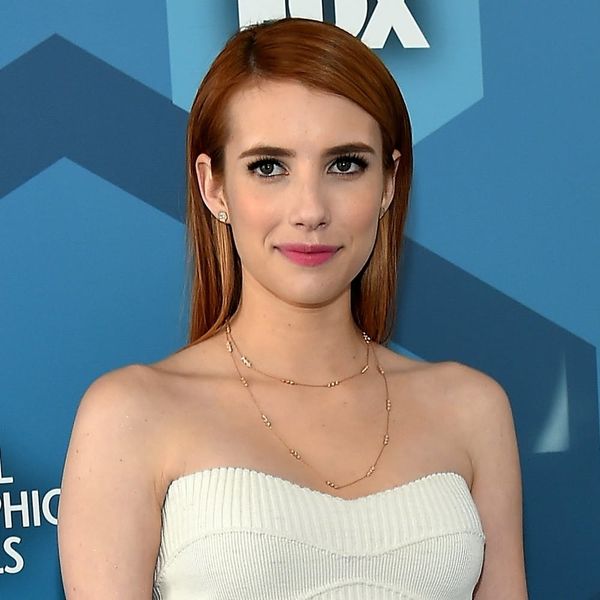 Summer is slowly but surely making its impending presence known, and that can only mean one thing (aside from all those light summer hair styles á la Lea Michele, of course!): BEACH READS. Don’t worry, guys — Emma Roberts is way ahead of you.

We already knew girl was resourceful after she managed to get a whole week’s worth of wear out of her Met Gala ‘do (impressive, to say the least!), but now, Emma is acting as our literary liaison, compiling an entire summer reading list for us to tackle alongside her as posted to Instagram earlier this week, and we, for one, can’t wait to crack into her picks.

Consisting of 12 books from literary greats such as Proust and Keats, Emma’s list is rather ambitious (maybe she’s been catching up on our tips for how to read 50+ books per year?), but for starters, at least, check out six of her best choices below!

1. The Atomic Weight of Love: A Novel by Elizabeth Church ($16): Following a young, studious woman in love during the height of WWII in her travels from Chicago to New Mexico at the behest of her husband (whose secret government work is directly related the atomic bomb), Elizabeth’s debut novel is very much wrought with the exploration of women and their societal roles during that historical time period — not a shocking choice for a woman who owns this empowering tee.

2. Franny + Zooey by J.D. Salinger ($14): This collection of short stories, originally published in The New Yorker, is perhaps unsurprisingly centered on a young man and woman during their formative years (the author did pen one of the most classic coming-of-age novels of our time with Catcher in the Rye, after all!), albeit with plenty of religious exploration/overtones.

3. The Goldfinch by Donna Tartt ($12): Previously recognized with top literary honors as a Pulitzer prize winner for fiction (2014), Donna Tartt’s The Goldfinch is also now privy to one of Emma’s top honors, too, making the cut on her (and consequently our!) must-read list. Fair warning, though: With the novel’s main character tragically losing his mother early on and loss as a central theme of the book, you may want to save this one for your break indoors — we sense a real tearjerker on the horizon!

4. A Little Life by Hanya Yanigihara ($12): Four college students navigating their way through life and the city that never sleeps are the centrifugal figures at the heart of Hanya’s A Little Life. All connected by a secret from their past, the story’s four protagonists are bound to one another forever (or, at the very least, long enough to keep us interested) in this fictional exploration of male friendship.

5. Play It As It Lays by Joan Didion ($9): From the sounds of this “exploration of a woman and a society in crisis,” this could just as easily be Breakfast at Tiffany’s, albeit a more serious, poetic version — Joan was, of course, known for addressing such heavy topics as societal morality and a culture in chaos.

6. Colorless Tsukuru Tazaki and His Years of Pilgrimage by Haruki Murakami ($10): We’re willing to risk another potential tearjerker (again with the young man surrounded by loss in all its varying forms on a quest for meaning in an otherwise “colorless” life) if it means a solid nod from Emma, who has not one, but two Haruki books on her list (she also has her sights set on What I Talk About When I Talk About Running ($10)). After all: Girl clearly has impeccable taste.

And there you have it, folks. Better get cracking!

Will you be taking Emma’s suggestions? Let us know over @BritandCo!

Nicole Briese
Nicole is the weekend editor for Brit + Co who loves bringing you all the latest buzz. When she's not busy typing away into the wee hours, you can usually find her canoodling with her fur babies, rooting around in a bookstore, or rocking out at a concert of some sort (Guns N' Roses forever!). Check out all her latest musings and past work at nicolebjean.com.
Books
Celebrity News
Books