Emma Watson Gives Out Life and Love Advice for Just $2 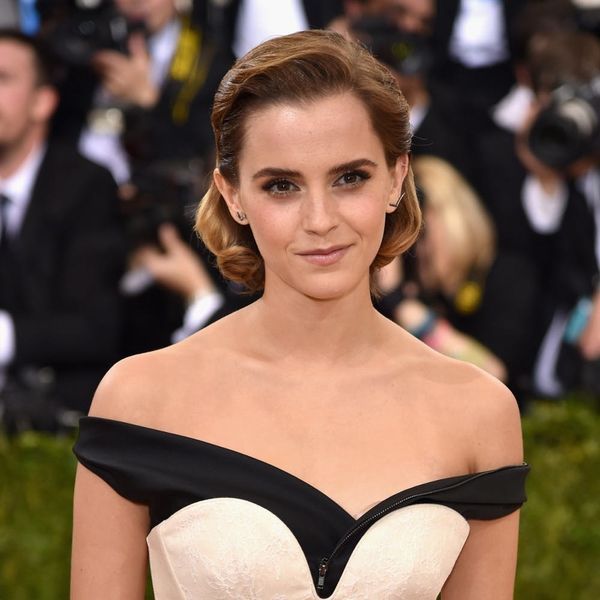 Which celeb would you trust to give you life advice? What about love advice? Perhaps Blake Lively, whose marriage with Ryan Reynolds is total #relationshipgoals. Maybe Kristen Bell and Dax Shepard, who are adorably hilarious together. However, if you chose the ever-inspiring Emma Watson, then you’re in luck. That’s because the Beauty and the Beast star has been giving out life and love advice for a mere $2.

If you happened to be one of the many commuters traveling through NYC’s Grand Central Terminal on Tuesday, then you were also one of the lucky folks who had a chance to get advice from Hermione herself, 26-year-old Emma Watson.

So I just "ran" into Emma Watson at Grand Central giving advice for $2 through an iPad booth... #welcometoNY #keepitweird #emmawatson

She appeared via an iPad that was set up in a sort of booth strapped to writer Derek Blasberg, who toted the contraption around while willing participants got the opportunity to chat with Emma “face-to-face.”

Though it’s not clear exactly why Emma was giving out advice, there’s speculation that it has something to do with her upcoming movie, The Circle (coming out April 28, also starring Star Wars’ John Boyega and Tom Hanks in a Steve Jobs-turns-tech-cult-leader type role). The chilling story focuses on a social media company that is attempting to combine every kind of online platform into one all-encompassing option while also becoming a super creepy big brother-like figure that becomes WAY too involved in their employees’ lives.

Check out the first trailer for The Circle below.

What would you ask Emma Watson if you had the chance to get her advice? Let us know @BritandCo!