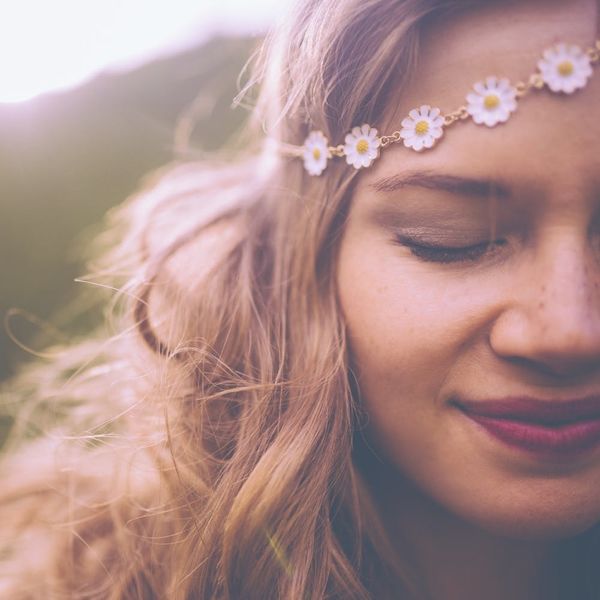 Presidential candidates seem to rarely discuss their actual ideas, even though that’s kind of supposed to be the whole deal with running for president: If you have the best ideas, you win. During debates — even though it seems like there’s a debate every week — they’re too busy spending time taking cheap shots at each other or talking about their… uh… hand size.

Unfortunately (for all of us), some members of the political class are behind the times on this issue and whether or not it — you know — exists. That’s why, in addition to looking at what each candidate wants to do to stop climate change, we’re going to check in on whether or not each candidate actually believes it’s happening.

Donald Trump’s position seems to have moved slightly in recent months. He’s taken to saying he thinks “a lot of” the phenomenon is a hoax, rather than the entire thing. However, his platform has no sections that relate even a teeny, itty bitty bit to climate change or the environment. Ted Cruz doesn’t refer to either the environment or climate change in his platform. He does, however, promise to support the construction of the Keystone XL Pipeline, which would import oil from Alberta, Canada’s environmentally damaging oil sands, and which many climate activists are strongly against.

Both Bernie Sanders and Hillary Clinton are vocal about climate change and the need to address it. Bernie’s plan focuses on bringing fossil fuel lobbyists to heel and investing in infrastructure and green energy. Hillary has pledged to install half a billion solar panels in her first term and devote $60 billion to a “clean energy challenge” that would see the federal government partner with lower-level administrations. (Photo via istockphoto)

If believing in climate change is the elementary school level of environmental policy, pledging to cut greenhouse gas emissions is junior high. It’s a pretty basic policy that’s been a staple of international climate change talks as far back as the 1994 meeting of the United Nations Framework Convention on Climate Change. Different countries and groups have set different levels of emissions as ideal, but most major governments and scientific bodies see this as essential to limiting the effects of climate change.

While he opposes limits on greenhouse gas emissions, Ted Cruz favors eliminating the Renewable Fuel Standard, which requires biofuels (made primarily from corn and sugarcane) to be mixed into gasoline. The measure was intended to help the environment, but as Mother Jones reports, it’s actually done the opposite. However, on the whole, Ted is actively working against environmental regulation. In his 2011 book Time to Get Tough, Donald Trump wrote repeatedly about the need to continue drilling for oil. Reducing greenhouse gas emissions would, kind of as a rule, require a reduction in the use of oil.

Hillary wants to reduce US emissions to 30 percent below the 2005 level of emissions by 2030 (there are a lot of numbers thrown around when people start talking specifics on reducing emissions, sorry), and then keep reducing after that. For comparison, Barack Obama’s President’s Climate Action Plan calls for a reduction to 17 percent below 2005 levels by 2020. Bernie Sanders promises to cut emissions to 80 percent less than they were in 1990, but by 2050. (Photo via David McNew/Getty Images)

If elected, Bernie plans to introduce a carbon tax that will, according to his plan, “tax polluters causing the climate crisis and return billions of dollars to working families to ensure the fossil fuel companies don’t subject Americans to unfair rate hikes.” Hillary Clinton, whose climate plan hews closely to the one Barack Obama has already brought forward as president, has no plans to introduce a tax on greenhouse gas emissions (aka a “carbon tax”), though she does support cutting back emissions.

Donald Trump recently called a fine levied against his campaign by the United Kingdom’s environmental agency (for violating carbon emission and airplane regulations) a scam. Given that and the absence of any climate policy in his platform, we can safely assume Donald is not in favor of taxing carbon emissions. Last and, in this case, least, Ted Cruz earned the lowest grading of all the candidates who were in the race back in November from eight climate scientists, just six out of a possible 100. Yikes. (Photo via Ian Waldie/Getty Images)

Hydraulic fracturing, or fracking, is a controversial method of extracting gas and oil from the ground. It involves large amounts of water being mixed with chemicals and shot into the ground at high pressure to blast rocks apart and pick up the small amounts of oil or gas that were lingering between said rocks. It’s been linked to earthquakes and contamination of air and water, and many areas of the US and other countries have banned it for those reasons. But it’s a way to get at some of the vast reserves of natural gas that lie below American soil, and as such, some politicians support its continued use.

Donald supports fracking; he recently went so far as to say that the people of New York, one state that’s banned the practice, have been “let down” by the lack of fracking. Ted Cruz wrote in a 2012 op-ed for the National Review that if the federal government were to ban fracking, “tens of thousands of jobs will be lost and America will be left even more dependent on foreign dictators for our energy needs.”

Hillary opposes fracking in certain cases, like when the municipality opposes it or when methane or water contamination are present. But she didn’t sign a pledge to refuse campaign donations from fossil fuel companies (which Bernie Sanders and then-candidate Martin O’Malley both did), and she has accepted donations from several large energy companies that use fracking. Bernie Sanders is on the record opposing the use of fracking. (Photo via Spencer Platt/Getty Images)

Tasked with protecting the environment and human safety, the EPA has been in the spotlight recently due to its involvement in the saga of Flint, Michigan’s contaminated water crisis. In spite of the harsh criticism it has faced for its handling of that disaster, the EPA holds an important position in being able to regulate and investigate things like fracking and greenhouse gas emissions.

Hillary Clinton has vowed to investigate the agency and to fire anyone who bears responsibility for the EPA’s botched handling, in which officials raised the problem months before it became public knowledge and higher-ups declined to inform the residents of Flint about their water. Bernie Sanders, during the same debate in which Hillary made her comments, pledged to fire the head of the EPA and anyone else involved.

Donald Trump has refused to comment on the crisis in Flint, but has said he would slash funding for the EPA. Ted Cruz called the crisis tragic but opposes the kinds of environmental regulations that the EPA exists to implement. (Photo via Theo Stoomer/Getty Images)

What environmental issues do you think the candidates need to focus on? Tweet us your thoughts @BritandCo!