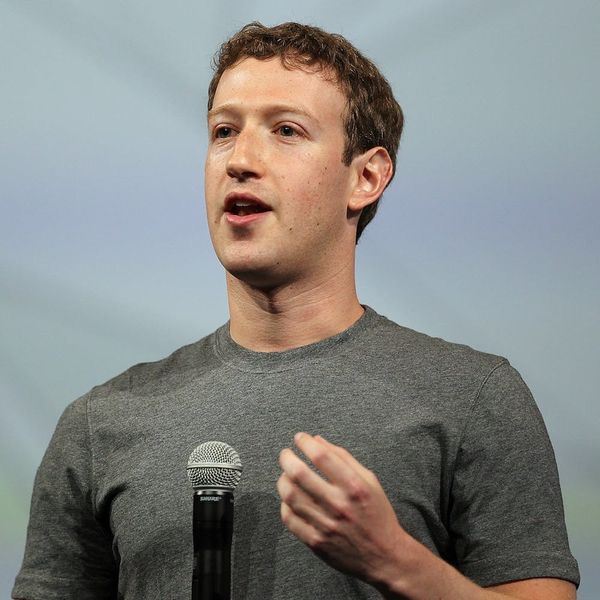 Whatever your feelings about this year’s explosive election, there’s no denying that technology and the media has been — and still is — a huge part of it. Between celebrities’ Twitter responses to the election, the internet’s pleas with FLOTUS to run for POTUS in 2020 and the PSAs warning people to get IUDs now while they still can, there is a lot of information out there. Because we do get our news so fast, things are published quickly on the internet, and sometimes, there are mistakes. Many of us first hear about news stories from Facebook, and when that news isn’t real, that can cause some major issues.

Thankfully, Facebook has realized that its news algorithm — the thing that decides what stories to put at the top of your feed — is severely flawed, especially since the company got rid of its human newsfeed editors. Right now it’s far too easy to get a fake story trending, and even the good Samaritans trying to warn people in the comments section sometimes only add fuel to the fire (more comments gives a story a higher ranking).

Facebook VP of Product Management Adam Mosseri told TechCrunch, “We take misinformation on Facebook very seriously… we understand there’s so much more we need to do, and that is why it’s important that we keep improving our ability to detect misinformation. We’re committed to continuing to work on this issue and improve the experiences on our platform.”

Mosseri failed to specify exactly what the company intends to do to combat this issue, and while their awareness and pledge is a (small) step in the right direction, that’s not enough. Your 1.79 billion monthly active users deserve better, Facebook.

Shea Lignitz
Shea can be found in the nearest bookstore or brewery, exploring the great outdoors, or blasting Led Zeppelin. She grew up in the cold and rain of Northern California's redwoods but is currently wandering around Texas.
Facebook
Tech
Facebook Politics Tech News
More From Tech