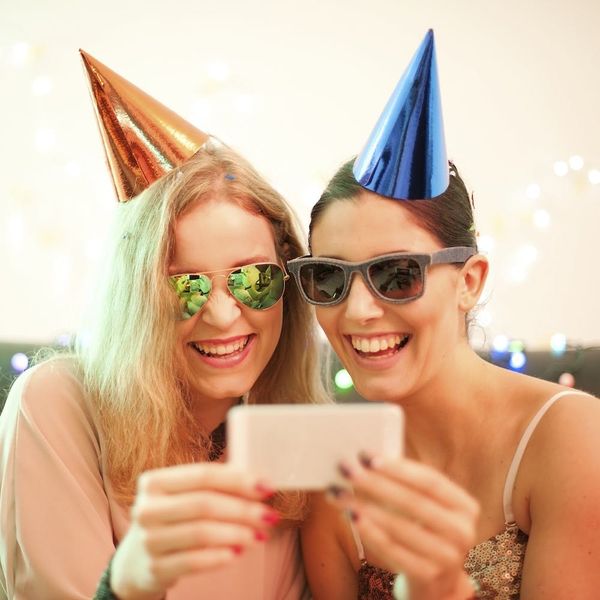 The thing no one tells you about growing up is that you sometimes have to part ways with your nearest and dearest. But that’s where social media comes in. According to a study by the University of Michigan, people ranked getting a Snapchat account as the second most gratifying form of communication (second only to face-to-face interaction).

You can keep in touch with your friends via social networks but there are certain days that make you wish you could physically be there — like your best friend’s birthday. While you may not always be able to make it in person, Facebook wants to help you wish your BFFs happy birthdays in a more personal way than ever before with its recently-launched update, Birthday Cam.

When it’s your friend’s birthday, Facebook will allow you to record a 15-second video to send them good wishes. It’s kind of like a video birthday card you can post on their wall. This new feature makes those old impersonal HBD wall posts a thing of the past. Plus think of all the things you can say or do in 15 seconds! You could sing them “Happy Birthday” one and a half times, you could recount a funny memory and include a personal message or even do a group video with all your mutual friends.

And taking a page from Snapchat, you can even swipe through to add birthday-themed frames and stickers to your video. Social media is the great connector after all and we know your bestie will appreciate the gesture, even if it’s only 15 seconds long. This is the next best thing to being able to see your pal in person on their bday, so make it count.

Will you be trying the new feature? Tweet us @BritandCo!

Kimberly Wang
Kimberly Wang writes about all things pop culture, tech, style, and beauty. She's a Bay Area transplant and has an MFA in Creative Writing from Columbia University. On a sunny New York day, you can find her hanging out with her mini schnauzer Isabelle Jellybean on a blanket in Central Park.
Birthday
Tech
Birthday Facebook Posts that contain video social media