Find Out Why People Are Throwing an #AmySchumerGottaGoParty on Twitter 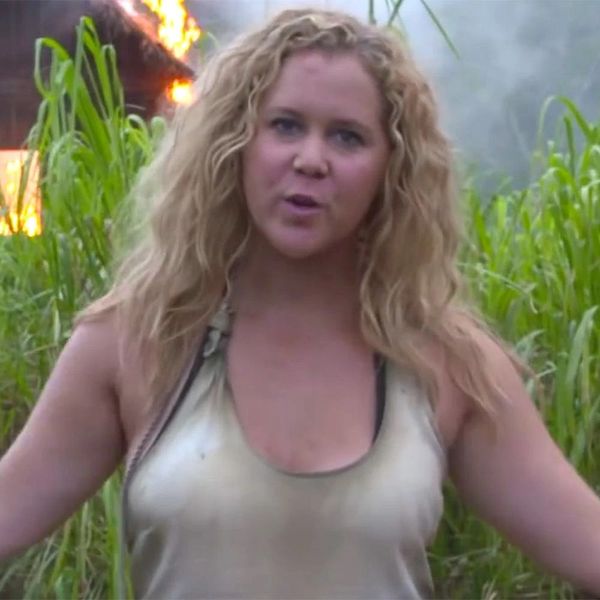 At this point, it may not be surprising that people are mad at Amy Schumer, but she seems hell-bent on giving us a reason to talk. Most recently it was her controversial interview with Lena Dunham and her (deleted but caught in a screenshot) racist tweet that had the internet buzzing. Now, Amy is again being accused of being totally, um, racially insensitive, even sparking an #AmySchumerGottaGoParty on Twitter.

When on an island with @goldiehawn @iamwandasykes & Joan Cusack… you listen to @beyonce and get in formation https://t.co/N9RFuI2Tya

The mess started this time around when Amy tweeteda video starring herself and pals Goldie Hawn, Wanda Sykes and Joan Cusack, doing what is apparently a Formation parody along with the caption, “When on an island with @goldiehawn @iamwandasykes & Joan Cusack… you listen to @beyonce and get in formation http://TIDAL.com/AmySchumer.”

The video shows Amy and her friends looking more than a little dirty and dancing (kinda?) in the jungle, doing their best imitation of Beyoncé’s moves around random cars. It’s… something.

While some found it funny, others were cringing harder than you can imagine. Those who were less than pleased (and totally freakin’ fed up) took to Twitter to express their thoughts, rage, shade and more.

I'm bringing snacks. How are you arriving?

That’s when @FeminstaJones took the lead and started the #AmySchumerGottaGoParty. She made her motivation quite clear…

And others were quick to join the party…

This has been a long time coming! Walking into the #AmySchumerGottaGoParty like… pic.twitter.com/8DKtlqJnT7

i feel like there's a #AmySchumerGottaGoParty roughly every 3 weeks? and yet

I don't know what Amy Schumer did this time, but I'm always here for an #amyschumergottagoparty pic.twitter.com/RWRsUVA9EW

Like, wtf is wrong with Amy Schumer?! She gotta go. #AmySchumerGottaGoParty

Friend: you coming to the party?
Me: What party?
Friend: The #AmySchumerGottaGoParty
Me: pic.twitter.com/dJq18pztFi

And how do folks think Beyoncé might feel about the parody? Well…

Do you think the Formation parody was funny or are you done with Amy Schumer? Tweet us @BritandCo!

Desiree O
Desirée O is a ‘Professional Bohemian’ who loves anything and everything related to the arts, entertainment, and pop culture. She ADORES being a ‘Newsy’ for Brit + Co, covering all of the latest tidbits of awesomeness that you want to read about. When she’s not writing, she’s either making messy art, going on long adventurous walks with her camera, or poking around over at bohemianizm (http://www.bohemianizm.com/). You can find out about Desirée O and her work at http://DesireeO.com/ or follow her on Twitter @DesireeO.
Beyonce
Pop Culture
Beyonce