Amy Schumer Is in Trouble AGAIN Because of a Racist Tweet 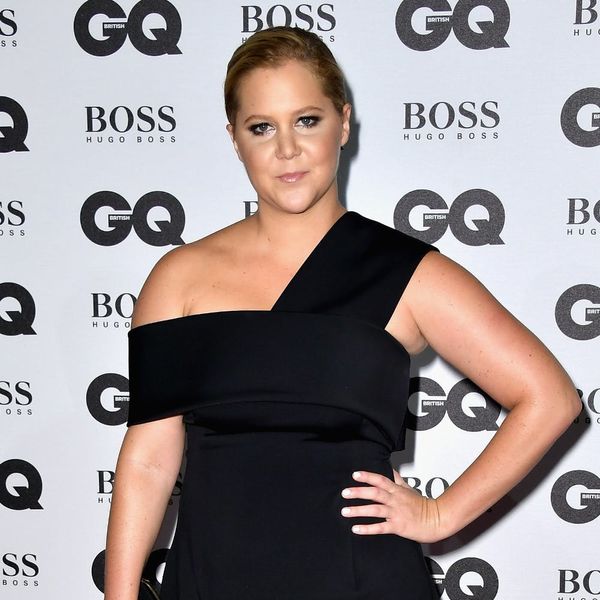 At this point, you’d think Amy Schumer would be laying low, or at least being a little extra cautious with what she’s saying, since she’s managed to get herself in a few, er, snafus lately. But that’s just not Amy’s style, for better or worse, and now people are talking about Schumer again. While peeps are still raising eyebrows over her convo with Lena Dunham, and with the memory still in mind of her unfavorable reaction to one of her writer’s cringe-worthy comments (even sparking rumors that her show might be over), Amy has stepped in it again this time with what some are saying is a totally racist tweet.

This time around, it started when Paulo L. dos Santos, an economics professor at the New School, addressed the Lenny Letter-based controversy, tweeting, “Lena Dunham, Amy Schumer, et. al. refuse 2C that misogyny among men of color, while hideously prevalent, is no more so than among white men.”

While Amy might have taken a few moments to consider what Paulo was saying, whether or not she agreed with him in the end, she decided, instead, to take a very different route. She tweeted right back, “how would you know? Statistically who is hollerin at you in the street more pa?” Realizing that this would not be taken well (especially in her current sitch), Amy quickly deleted the tweet, but in the days of lightning-fast screenshots, it of course lives on.

Granted, Amy is known for her risqué take on pretty much everything and pushing the limits is the name of her game. But, at this point, with more peeps grumbling than giggling, perhaps Amy needs to revamp her (not nearly as woke as she thinks?) material.

Do you find Amy Schumer funny? Tweet us @BritandCo!