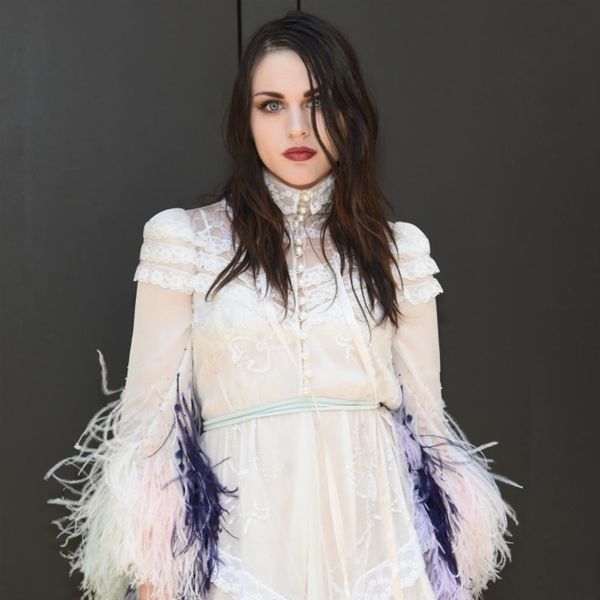 While the ’80s and ’90s are definitely having a resurgence in popular culture by way of major ’90s fashion trends, we’re also really digging the way that the era’s music is making a comeback. One of the most famous rock stars of the grunge era, Nirvana’s Kurt Cobain, would have celebrated his 50th birthday today if it weren’t for his tragic death back in 1994.

In the years since his death, we’ve watched his daughter Frances Bean go from sweet baby to model for Marc Jacobs. Now, she’s sharing a touching tribute to her late dad that will break your heart.

Taking to her Instagram account, Cobain thanked her father for giving her the “GIFT” of life. Having been so young when her dad died, we can’t imagine what it must have been like for a little girl to be thrust into the spotlight due to her father’s passing.

Raised mostly by her maternal grandparents, Frances has had an on-again, off-again relationship with her mother, Courtney Love. While not quite as notorious as her mother, Frances Bean has also had ups and downs of her own. Married and divorced at a very early age, the sometimes-model and actress can likely relate to Angelina Jolie in that she’s currently involved in a pretty brutal divorce battle, where she’s fighting with her ex to get back her dad’s legendary acoustic guitar that he used during his now-famous MTV Unplugged back in 1993.

Through it all, however, it seems she’s still looking up: Here’s to sending her lots of good vibes on a particularly difficult day.

What is your favorite ’90s band? Tell us @BritandCo!

Kat Armstrong
Kat has been a writer, social media maven and mom for longer than she's willing to admit. She's also spent time in front of and behind the camera, interviewing celebs, politicians and acting as a producer for fashion and artistic photography shoots. When she isn't writing for various orgs and publications, she's hanging with her kids, husband and French Bulldog, Peter, in Toronto, Canada.
social media
Celebrity News
social media