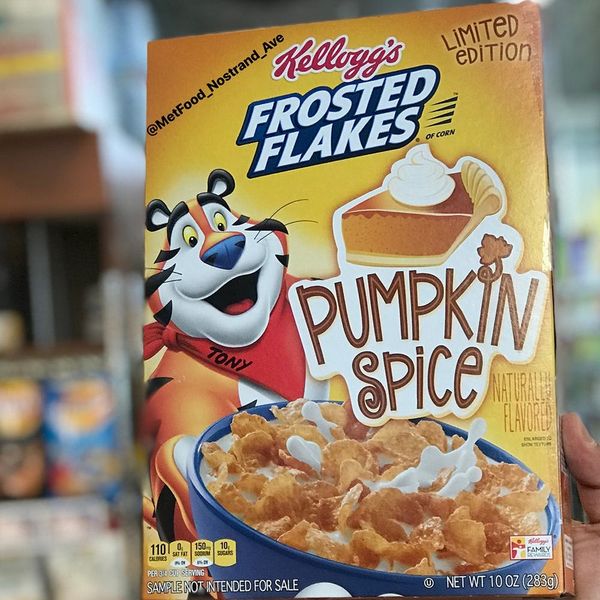 The pumpkin spice trend’s not stopping anytime soon. This year, the fun will start a lot earlier in our cereal bowls! Pumpkin Spice Frosted Flakes are officially the first-announced PS product of 2018, and you’ll see them on store shelves come August.

Met Food Market’s Instagram account broke the news and said that Kellogg’s sent the store a sample box. The family-owned grocer told Brit + Co, “[We] like to post new items such as this… for food enthusiasts.” The store shared a box with Markie Devo, a food Instagram influencer, who describes the cereal as having a “strong pumpkin spice essence(yass)” that is “very sweet with a hint of pumpkin puree / cinnamon vibe.” He adds that the cereal milk is a 10/10.

Pumpkin spice season has gotten out of control the last few years, so are we really ready for it to start even sooner? Maybe not, but we’re so excited to wash this cereal down with our PSL come fall!