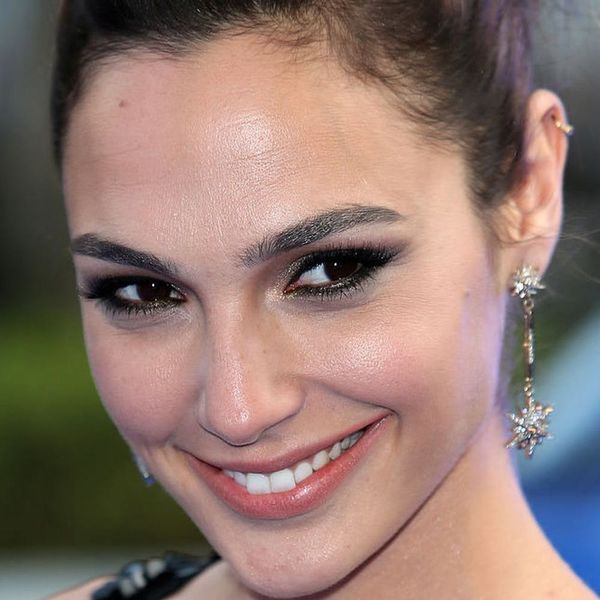 Gal Gadot, star of the upcoming Wonder Woman movie, announced the arrival of her second child on Instagram today, posting a photo of herself with her husband Yaron Versano, and their four-year-old daughter Alma pushing a baby stroller down a hospital hallway.

The caption reads: “And then we were four… She is here, Maya. I feel so complete blessed and thankful for all the Wonders in my life #family #newborn #grateful”

And then we were four... She is here, Maya. I feel so complete blessed and thankful for all the Wonders in my life #family #newborn #grateful

The actress and her husband have been married for more than nine years after meeting at a “very strange party” in the Israeli desert in 2006. Aside from being partners and parents together, they also opened a hotel together in Tel Aviv after spending so much time in hotels while she was promoting TheFast and the Furious franchise.

“We help each other progress in all areas of life,” Gadot said of her spouse in a 2015 interview with the website TotallyJewish. “We’re both very career driven.”

Judging from her Instagram feed, they do, in fact, make a good team, and while we haven’t seen any photos of little Maya yet, we can only assume they make awesome babies too.

So excited to share this wonder with you... #mommyforthesecondtime ✨😉😊💝✨

What do you think of Gal’s baby name? Tweet us @BritandCo!

(h/t to People; Photo via Tim B. Whitby/Getty)

Amanda Buckiewicz
Amanda Buckiewicz is a TV producer and writer based out of Toronto. Her claim to fame is producing live interviews with astronauts on the International Space Station, and getting beat up by a bunch of aerial Asian Carp. She spends a lot of time worrying about climate change, shark conservation, and where to find the best moisturizer for her combination skin.
Celebrity Baby
Celebrity News
Celebrity Baby
More From Celebrity News