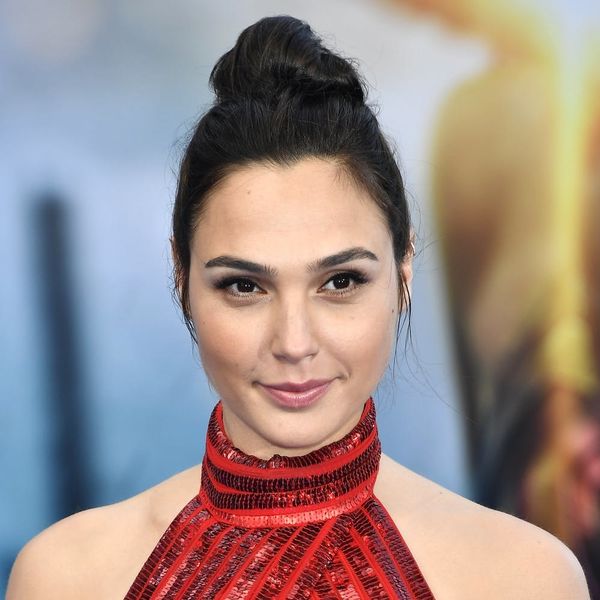 Gal Gadot has officially stolen our hearts. Not only is the new mama an awesome on-screen heroine, but she’s also been inspiring little girls and women around the world IRL. From her badass onscreen moves to her unapologetic fashion choices, the 32-year-old has solidified herself as both a superstar and a total boss babe. Girl knows it too. In fact, she’s throwing down the superhero gauntlet, challenging Chris Hemsworth’s Thor to battle it out with her Wonder Woman.

It was during an interview with Yahoo! that the actress cheekily declared, “They ask me, who would win? Wonder Woman or Thor? And I think it’s Wonder Woman, don’t you, Chris?”

Hey @chrishemsworth — @GalGadot has something to ask you… #wonderwoman https://t.co/XWrDANhsaT pic.twitter.com/wDZDZpIemt

Katie Couric tweeted the clip directly to Thor’s RL persona himself, Chris Hemsworth, and the Aussie actor’s response was golden. “I think she’d kick Thor’s a**,” he said.

The exchange didn’t end there, however. Gadot then tweeted the 33-year-old herself, challenging him to a superhero duel of epic proportions. “I always knew you were a smart guy :),” she wrote. “But I think it’s worth a fight. We should collide worlds.”

I always knew you were a smart guy :) But I think its worth a fight . we should collide worlds😏

Immediately, fans took to Twitter to voice their excitement and support for a crossover flick in which characters from DC Comics and Marvel would come together in a historic superhero moment.

A Marvel meets DC film would be the worlds most epic collision.

As we await that fantasy, you’ll next be able to see Gadot reprise her role as Wonder Woman in Justice League on November 19, while Hemsworth will be back in Thor: Ragnarok on November 3.

Wonder Woman vs. Thor: Who do you think would win? Tweet us @BritandCo.