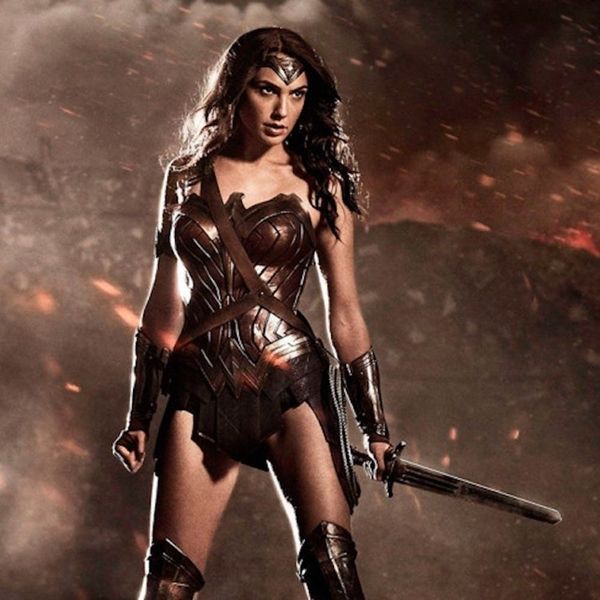 It’s fitting that this year’s big-screen adaptation of Wonder Woman not only stars one of the most badass babes on the planet, Gal Gadot, but is directed by a woman too. Wonder Woman follows a streak of smart shows and movies that accurately portray women as fearless warriors and prove what we’ve long known: Anything boys can do, girls can do better. Whether you’re heading to the movies or settling in for a Netflix marathon, you’ll be best off sticking close to these gals who kill it on screen and off.

1. Diana Prince, Wonder Woman:Gal Gadot was such a standout in Batman v Superman that she landed our generation our very own Wonder Woman movie. It’s a weighty role (female-led and directed superhero movies don’t come around often), but she’s got the acting and physical chops to support it. Having completed two years of military training in Israel, she can hold her own — and then some. (Photo via Warner Bros.)

2. Lorraine Broughton, Atomic Blonde:Charlize Theron slays as a female Bond (but with even better clothes and more elegant butt-kicking) on a secret Cold War mission, taking out henchmen and assassins left and right. Almost 15 years after starring in the action fave The Italian Job, she still makes it look easy. The movie debuts this July. (Photo via Focus Features)

3. Gamora, Guardians of the Galaxy: Zoe Saldaña’s character is a real dime-piece. Gamora is the last of her race, has superhuman strength, can self-heal, and though she was raised as an assassin, grows up to be a galaxy-saving dame. The character is so beloved, you can see her in theaters now in Guardians of the Galaxy Vol. 2 and next year in the cross-over film Avengers: Infinity War. (Photo via Marvel Studios)

4. Daenerys Targaryen, Game of Thrones: Of all the feminist powerhouses in GOT, Daenerys, played by Emilia Clarke, may be the fiercest. She saves villages from slave drivers, is down to eat a stallion’s heart to ensure her unborn child’s strength, has dragons for pets, asserted herself as queen, and doesn’t let anyone step on her or her loved ones. Her empire-conquering brand of badassery continues July 16 on HBO. (Photo via HBO)

5. Kara Zor-El, Supergirl: Everyone knows of Supergirl, but since Melissa Benoist took on the role in the TV version, everyone has come to love Supergirl. We had major heart eyes over this photo she shared from the Women’s March on Washington. The show has already been picked up for a third season, which airs in October on The CW. (Photo via The CW)

6. Isabelle Lightwood, Shadowhunters: Proving that girls don’t have to forego femininity to dominate, Emeraude Toubia portrays the snarky Izzy, who can knock down any demon with her serious combat skills — even in sky-high heels. New episodes air June 5 on Freeform. (Photo via Freeform)

7. Jessica Jones, Jessica Jones:Krysten Ritter is a traumatized superhero-turned-New York detective, who uses her powers to track down her mind-controlling evil offender. The best thing about JJ? You won’t catch her in some tight bustier and thigh-high boots. She fights crime in jeans and leather boots — as you would. Stream the critics’ favorite on Netflix. Season 2 is in the works, and all 13 episodes will be directed by female directors. YASS. (Photo via Netflix)

8. Beatrix Kiddo, Kill Bill: Volume 3: Before the first movie ended, we were already hoping there would be a second, third, and many more chances to see Uma Thurman take down all her haters with a samurai sword. Director Quentin Tarantino is being mighty vague on details of the third installment, but he has dropped hints that Thurman will make a return. One can only hope. (Photo via Miramax)

9. Alexandra Parrish, Quantico: After building a solid career in India, Priyanka Chopra came straight for the big leagues, landing the lead in this FBI action thriller and becoming the first Bollywood star to star in a primetime series. The show may be cancelled, but you can stream the first season on Netflix. (Photo via ABC)

Who’s your favorite on-screen heroine? Tweet us @BritandCo and let us know!

Stephanie Granada
Stephanie Granada is a freelance writer and editor, who splits her time between Colorado, Miami, and NYC. When she's not locked down in research-mode, reporting a travel story on the road, or identifying areas to bolster the Hispanic community, you'll find her playing outside, working out, or hiding out with a book. Happiness to her is hiking up a mountain, swimming in a beach of her native Colombia, powering through a hellish boxing class, or getting lost in a story with a glass of something delicious — preferably whiskey — in-hand.
Game of Thrones
Pop Culture
Game of Thrones Netflix
More From Pop Culture