Did Gigi Hadid Just Get Bangs? We Investigate 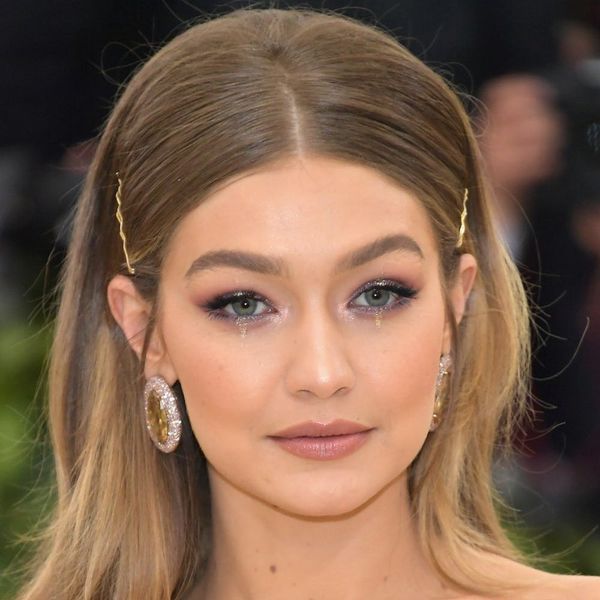 The supermodel, never a stranger to a new look, took to Instagram over the weekend with a self-taken video that showed her seemingly admiring some new strands while being dolled up for Vogue Italia (do we sense another cover on the way?).

In place of the mid-length, side-parted ‘do she sported on the 2018 Met Gala red carpet, the fashion designer can be seen toying with still-wet tresses by @ward_hair, which appear to include the addition of some rather becoming brow-grazing bangs.

With only emojis and credits for a caption, we can’t be 100 percent sure she’s actually gone under the scissors, however. After all, it wouldn’t be the first time Hadid, 23, has fooled us with faux fringe.

At 2016’s MTV Movie Awards, for instance, she sported a similarly convincing look.

The following year, she had fans convinced she’d taken the pixie plunge when she showed off what appeared to be a dramatic cut… on April Fool’s Day.

As for her latest debut, it remains to be seen whether or not she’ll keep it around… but it’s looking fab, either way!

Gigi Hadid: Better with bangs or no bangs? Share your opinion over @BritandCo.