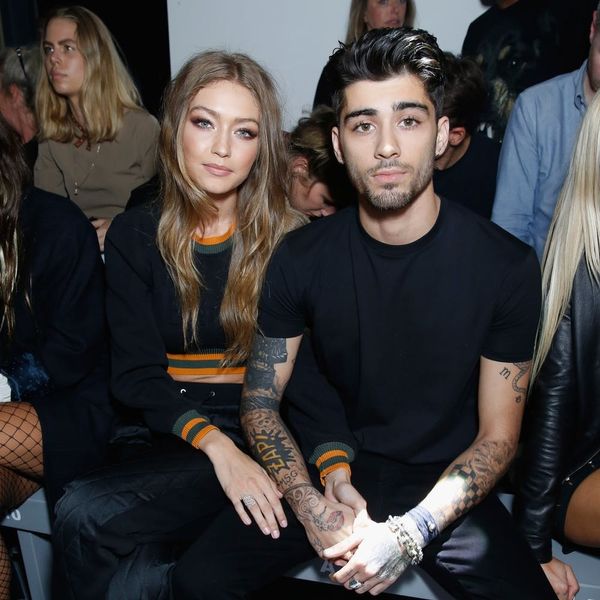 With Valentine’s Day right around the corner (no, but really — there’s only two days left to make those gifts for every boo in your life!), it’s natural to start reminiscing about some of the best, most romantic times in your relationship.

Gigi Hadid, half of one of Hollywood’s most adorable couples, is doing just that, dishing the deets on her first date with her main squeeze, Zayn Malik (who may have even gotten this tattoo for our gal — awwww!) to Ellen this Friday and giving us a bit more insight into the couple’s meet-cute in the process.

According to Gigi, the pair of a year and a half met at a friend’s birthday party. Then, after a missed connection at the Victoria’s Secret fashion show (the after-party for which she even attended in hopes of meeting up, to no avail), the two finally had their first date later that same week.

But it wasn’t *all* skin deep. “We connected really quickly, we had kind of the same sense of humor… sharing videos and obviously, a Ritter video started coming up,” she said (in reference to another guest of Ellen’s, Noah Ritter, AKA the “Apparently” kid).

“Apparently” they’ve been in love ever since, and we kind of love them even MORE now: Watch her gush in the vid below.

Do you have a super cute first date story? Share with us @BritandCo!