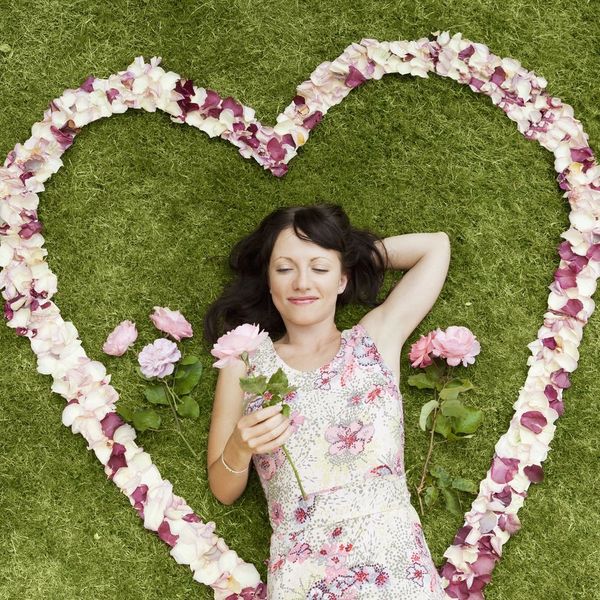 We’ve all seen How to Lose a Guy in 10 Days (though if for some godforsaken reason you haven’t, Netflix has you covered) — journalist girl meets guy and does everything in her power to get him to dump her within 10 days in an effort to show her readers what *not * to do.

With Valentine’s Day right around the corner, we wanted to do the opposite. We wanted to find out what would happen if we set out to FIND a date in 10 days? And how would we even go about such a thing?

Welp, for starters, we enlisted three of our staffers to undergo the instruction of a “love coach”: Namely, Wendy Newman. As the author of 121 First Dates: How to Succeed at Online Dating, Fall in Love and Live Happily Ever After (Really!) ($11) (for which she actually went on 121 first dates), we figured there was no one more qualified to get our gals dating, and fast. For 10 full days, they were to be her direct students, taking any and every piece of advice she might have for them in hopes of getting that much closer to love — a sort of mini-version of her regular personalized sessions package ($897), if you will. Could it be done, or was it all for naught? What went wrong? What went right? And did any of them *actually * walk away with a date? Read on to find out.

For starters, to get a read on the women and their current romantic situations, Wendy instructed them to fill out a questionnaire detailing what exactly it was that they were looking for in a potential mate. Wendy also provided them with a link to an eight-week long online class (see all available options here) to listen to on their own time, consisting of eight 100 minute long (!) audio recordings chock full of advice from real-life scenarios that several of her other clients had faced. Finally, she set up a call with each of our daters to familiarize herself with the women and offer direct feedback, gauge their needs and go from there.

Some hit it off better than others, taking her advice to heart right away, while others had a harder time. Read on…

As the first staffer to volunteer, Elena was the perfect guinea pig for our experiment of the heartstrings, eager and willing to do whatever Wendy asked for the sake of love. Yet even she had difficulties connecting with our coach in the limited time frame allotted. By the end of our 10-day stretch, the two had had just one meager shared phone call.

Elena attempted to supplement her coaching with the audio links provided, but ultimately didn’t find the materials to be relatable, at least for her specific situation. “I did feel a lot of the content was geared toward someone who doesn’t date a lot, or someone who’s shy,” she said. Elena happens to be a somewhat experienced dater (she averages around one date per week). For her, getting out there was the thing, which is exactly what our girl did. Coach or no coach, she set up a real-live date with a new guy from the app of her choice.

The meet-up proved to be a success, with one more rendezvous with the same fella’ being penciled into the books, and potential for a third date thanks to Wendy: It was she who advised Elena to give each of her prospects at least three chances (barring extreme cases, of course) before giving them the boot. Previously, if the second date didn’t go so hot, Elena says she would have usually kicked the gentleman to the curb. Instead, she said she’d listen to Wendy this time around and give him a chance either way. “I think I would take her advice going on the third and see how it goes,” she shared, “Just to see!”

Who knows? Maybe it’s a decision that will lead Elena to her Valentine, after all!

As a lawyer, Gina’s biggest dating roadblock seemed to be time management — a fact Wendy picked up on right away. “You have to make time,” she told her, explaining, “If you can’t get a man on the books for three weeks out, [he’s] not gonna stick around because you’re special.”

While Gina conceded that her schedule was far from “open,” changing that fact proved to be easier said than done, particularly with all the legal hullaballoo happening in our nation’s highest offices (bone up on that sitch here). The two women ultimately weren’t able to connect much, though Gina WAS able to take away a few valuable words of wisdom from what little email interaction they did have.

First, Wendy urged her to ditch any profile pics containing her girlfriends. “That’s a mistake,” she told us, recommending daters to keep the focus on themselves. From there, Gina shared that while she typically doesn’t feel the need to speak up online, with men usually reaching out first, Wendy reinforced the idea that there’s absolutely nothing wrong with a woman pursuing a man she may be interested in via the internet.

For her own book, for instance, Wendy tells us she reached out to roughly 80 percent of her dates, though she stopped short of actually asking them out. “You can reach out but still not ask,” she points out. “[Like] tap, tap, tap, I see you, and you’re interesting.”

After all, as she puts it, an unwillingness to reach out only serves to restrict your overall dating pool — sort of like choosing delivery-only restaurants for dinner. “Options are limited and usually not that great.”

With two calls between them, Natasha had more one-on-one time with Wendy than most. As it turns out, she didn’t always want to be told the things she was hearing, however.

After reading Natasha’s profile, Wendy didn’t beat around the bush, telling Natasha that the pro-woman, powerful and feminist vibes she was bringing to the table could unwittingly translate as her having “masculine energy” to her potential partners.

“One of the things highlighted in her profile [is that] she doesn’t need anybody, she’s got this… [She leads] with independence [and] it doesn’t leave anywhere for him to step into,” Wendy tells us. For Natasha, however, that independence isn’t something she’s willingly ready to compromise on — even if it means being single. “If a woman [being] too independent [means] they won’t get a man… if that’s the case, I’m okay,” Natasha said, adding, “I wasn’t raised that way. I don’t think I’d want to be with a guy that’s needy.”

However, she did agree to try Wendy’s simple suggestion to go ahead and put herself out there. “Society and things in the world have changed,” Natasha says. “Women have to make the first move a lot more now.”

It’s an act that’s slightly outside her comfort zone, but one Natasha thinks will likely be worth the effort. Previously, she felt pressure to say something terribly witty in order to reach out, but with Wendy’s assurances that a simple “hello” will do the trick, she’s slightly more at ease. “It’s good to hear that objective,” she said.

Though our experiment didn’t go quiiiite as planned, with time constraints making for a less personal coaching experience, Wendy says she was still encouraged by several of the things she saw from our women. For starters? They’re all badass babes.

“They’re all busy,” she says with a laugh. What’s more? “There was no rush about [finding a mate], which is pretty great.”

It’s a change for Wendy, who’s used to working with older clients, and perhaps was a breath of fresh air — all three girls were also pretty open-minded when it comes to love. “I’m really used to seeing a specific list [of what clients want],” she explains. The B+C daters, in contrast, were all looking for a nice balance.

Ultimately, none of our staffers wound up with a guaranteed love connection, though all three did find *something * they could take away from the experience.

So, is it something they’d recommend to a friend or reader? Maybe. They say you can’t rush love, and for our gals, that rang true, although they say it may have been more effective had the experiment been conducted over a longer period of time. Gina suggested a month, or maybe even two — a personalized, one-on-one experience proved difficult to come by in just 10 days.

Love takes work, y’all, and cannot be found without self-reflection, a bit of bravery and finding the time for communication. That being said, none of the staffers’ chances at love were looking particularly bleak by mission’s end, either… so perhaps it was a success, after all?

Our hats off, Ms. Hudson — it’s much harder than you make it look.

Would you undergo love coaching? Let us know over @BritandCo.

Nicole Briese
Nicole is the weekend editor for Brit + Co who loves bringing you all the latest buzz. When she's not busy typing away into the wee hours, you can usually find her canoodling with her fur babies, rooting around in a bookstore, or rocking out at a concert of some sort (Guns N' Roses forever!). Check out all her latest musings and past work at nicolebjean.com.
Dating
Relationships
Dating love Relationship Advice Valentines Day
More From Relationships