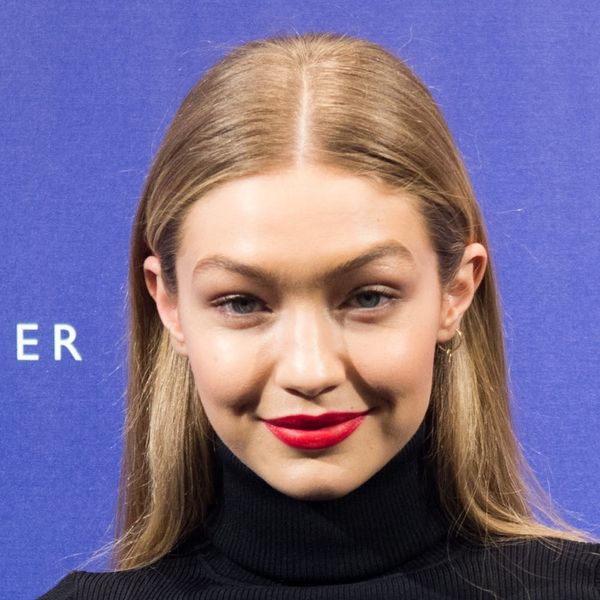 Move over, Rihanna and Katy Perry — it looks like Fenty Beauty and the Katy Kat Collection are about to get some serious competition!

Supermodel Gigi Hadid, who has steadily been building an empire between her runway career, a Vogue eyewear line, a jewelry collab with Messika, and a fashion collection with Tommy Hilfiger, is now adding “beauty mogul” to her resume with her first makeup collection for Maybelline!

A year in the making.. #GIGIxMAYBELLINE COMING SOON. @maybelline 🦋💄✨

Taking to Instagram, Hadid, 22, showed off her extensive wears in a maribou coat and yellow-tinted sunnies, saying, “A year in the making… #GigixMaybelline COMING SOON.”

She isn’t kidding about the “soon” part, either — as she revealed on her Instagram stories, the new line will be shoppable in just 13 days — eeeee!!!!

The beauty brand confirmed the news with a video featuring the collection’s logo, a simple ‘GH.’

From the looks of things, the highly anticipated partnership (Hadid’s post has garnered nearly one million likes in the span of just three hours), will include no less than 13 shades of lipstick, balms, brushes, all the colored eyeliner you could ever want, and at least three separate eyeshadow palettes.

We don’t know about you, but we’re already making our wish lists!

Are you excited to hear Gigi’s exciting news? Spill over @BritandCo.

Nicole Briese
Nicole is the weekend editor for Brit + Co who loves bringing you all the latest buzz. When she's not busy typing away into the wee hours, you can usually find her canoodling with her fur babies, rooting around in a bookstore, or rocking out at a concert of some sort (Guns N' Roses forever!). Check out all her latest musings and past work at nicolebjean.com.
Beauty Products
Beauty News
Beauty Products Makeup New Beauty Products
More From Beauty News