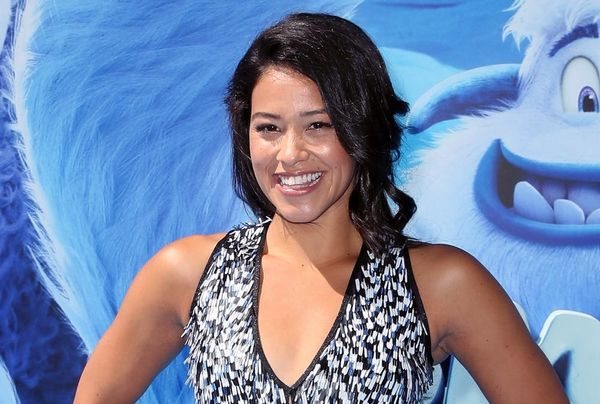 Gina Rodriguez is currently one of Hollywood’s busiest multitaskers, and she’s finding it hard to take the time to plan her wedding to fiancé Joe LoCicero. One thing she does know, however, is that her Jane the Virgin costars will definitely be on the guest list.

“I have no time!” Rodriguez recently told Us Weekly when asked about her wedding planning. “Jane [the Virgin] costars will [be invited]. They’re all here! They’re incredible.”

Rodriguez is currently lending her vocal talents to a starring role in the animated feature film Smallfoot, about a Yeti who goes in search of the mythical creatures with small feet — AKA humans. She stars alongside Channing Tatum, Zendaya, Lebron James, and many more.

Additionally, the actress is gearing up to star in and direct episodes of the fifth and final season of her hit CW show Jane the Virgin, and she’s attached to two television series about immigration through her production company, I Can and I Will. There’s also a chance she will reprise her role as Rosa’s new love interest on Brooklyn Nine-Nine.

Rumors that Rodriguez was engaged to model and actor LoCicero started when she was spotted wearing a stunning diamond ring on her left hand in late July. A few days later, she confirmed the news, saying she had a “very, very special man in my life.” So far, no further wedding details have been revealed, and by the sounds of it, we might not hear them for a while!

Are you looking forward to all of Gina Rodriguez’s upcoming projects (and eventual nuptials)? Let us know @BritandCo.