This Will Make You Stop Girl-on-Girl Hating Immediately 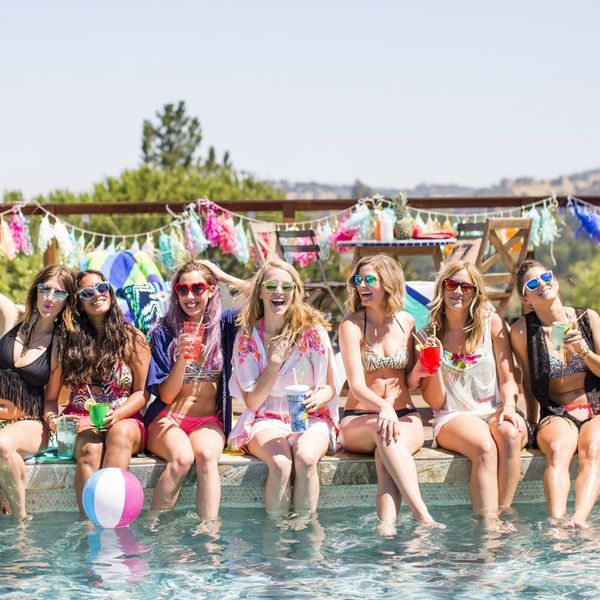 We’ve all been there: You’re feeling extra crappy one day and suddenly you find yourself venting to a girlfriend about another girl you think you hate. But if you stop and really think about what you’re saying and why you’re saying it, you usually realize that the girl you think you hate is actually someone you just admire a lot. And that’s how girl-on-girl hate works — it’s a super sneaky process stemming from years of media and cultural influences that subconsciously tell us women are always in competition with each other. We (and a bunch of popular YouTubers) think it’s time to reject that.

“The sad reality is that girl-on-girl hate is such a big issue in schools, at work or online, and it never made any sense to me because as women, we know how awesome other women can be,” Lily says in her new video.

That’s why she rounded up a bunch of her friends — AKA other awesome YouTube ladies, including Hannah Hart, Shay Mitchell and Grace Helbig — to talk about why #GirlLove is about a million times better than girl-on-girl hate. It’s called The #GirlLove Challenge, and the YouTubers want you to spread the love by posting on Twitter, Facebook or Instagram complimenting another woman. It could be someone you know and love, or a badass chick you admire from a distance, just as long as you include an uplifting message about why she’s awesome and deserves some #GirlLove. Use the hashtag #GirlLove to connect with other amazing, supportive ladies around the world.

“Together we can show the world how lame girl-on-girl hate is and how awesome it is to support one another and build women up,” Lily says. And as an added bonus, all profits from the views on the #GirlLove video will go to the Malala Fund, a charity founded by ultimate #girlboss Malala Yousafzai. All around feel-good vibes: We love it!

Who are you sending your #girllove to today? Tweet us about her at @BritandCo!

Kylie Kendall
Kylie is a freelance writer living in Ottawa, Canada. When she's not writing, you might find her scoping out all-day breakfast spots in her city or taste-testing every bottle of red wine under $10.
Feminism
Home News
Feminism Girlboss YouTube
More From Home News