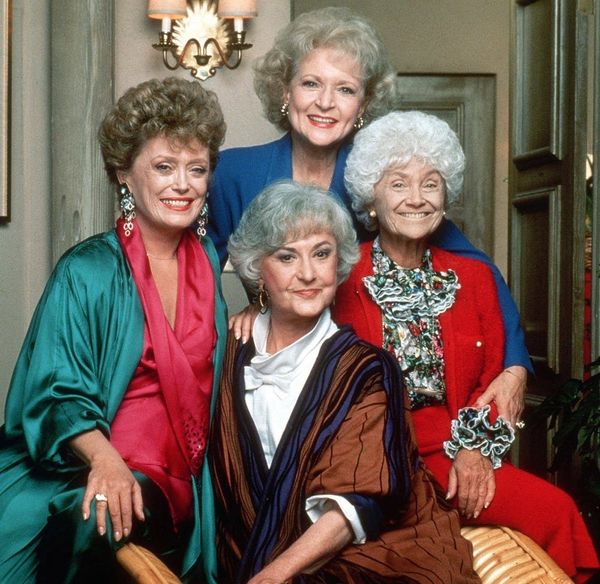 When we heard news of a Saved By the Bell-themed bar opening up in Chicago, we knew we had to see for ourselves whether it was freakishly perfect or a flop. Now we’re feeling that same throwback anticipation once more, on a GOLDEN level: Retired girlfriends on the go Dorothy, Rose, Sophia and Blanche are comin’ for NYC. Yes bbs, The Golden Girls are getting a tribute café in Upper Manhattan’s Washington Heights ‘hood… and we CAN’T WAIT.

It’s all thanks to Michael J. LaRue, who’s currently in the works to open Rue La Rue Cafe at 4396 Broadway in honor of the late, great actress Rue McClanahan. Rue played our fave OG (or should we say GG?) character, the v feisty Blanche, on the beloved ’80s sitcom. Michael was lucky enough to call Rue a dear friend. As long as her sassy Southern belle role shines through in Rue La Rue Cafe’s theme, we can’t see how this restaurant wouldn be a hit.

In addition to dreaming up scrumptious cheesecake delights that his BFF would certainly have approved of, Michael also plans to decorate the cafe with special pieces he inherited from Rue, including her piano and all kinds of sweet Golden Girls mementos. It sure sounds like this is going to be half restaurant, half pure fun.

We don’t now whether Betty White portraits will grace the resto’s walls or if “Thank You for Being a Friend” will play on repeat over the speakers — or, *fingers crossed,* if a hologram of Blanche will be around to give us dating advice. Either way, we can hardly contain our excitement. Especially seeing as Betty White is said to be confirmed as the official ribbon cutter for the grand opening. And you know we all heart Betty.

“I believe I can turn this place into a mini tourist [hub],” Michael told DNA Info, which first broke the news. “I believe the neighborhood is going to support this. I believe the population exists here already.” Talk about a major understatement. Surely we’re not the only ones still binge watching Golden Girls reruns and holding on to our precious VHS tapes… are we?

In addition to offering a surely unforgettable experience, Michael also plans to design and sell one-of-a-kind merchandise, as well as his tasty treats. We’ll take one of everything and an entire cheesecake, please.

Will you visit Rue La Rue Cafe? Tweet us @BritandCo.

Barbara Pavone
Barbara Pavone is a pop culture-obsessed writer based in beautiful (but ridiculously cold) Montreal, Canada. When she's not working, she's sipping on a Pimm's Cup and daydreaming about her celebrity hero, Saint West.
Pop Culture