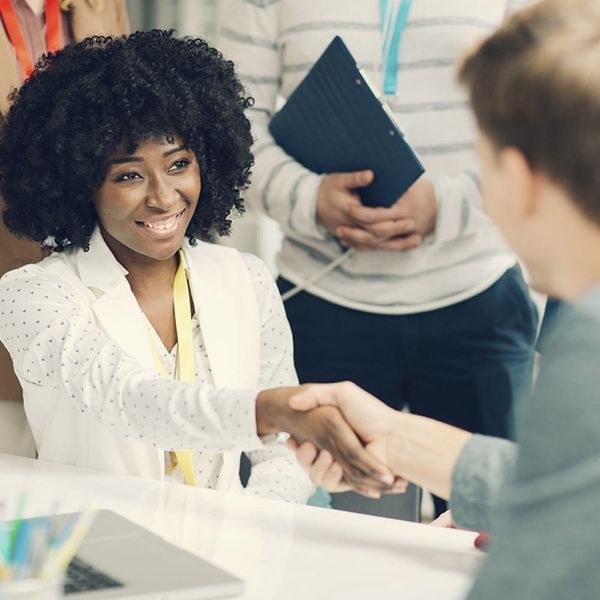 Raise your hand if you remember those verbal math questions that always seemed to sneak their way into that weekly quiz you failed to study for? Now imagine if a grown-up version of those questions popped up in the middle of a major job interview. Unfortunately for some unexpecting applicants at Google, that used to be the case. In fact, the company was so known for asking mind-boggling questions that Seattle-based job coach Lewis Lin gathered 140 questions his clients were asked by the tech giant and decided to share them on the Internet.

While there are a few that seem fairly standard (i.e. “Why do you want to join Google?”) there are TONS that seem so insanely hard and random it could easily come across as a joke. Here are 10 of the craziest questions we found in Lin’s list:

1. Estimate the number of students who are college seniors, attend four-year schools, and graduate with a job in the United States every year.

2. How many golf balls can fit in a school bus?

3. How much should you charge to wash all the windows in Seattle?

4. How many piano tuners are there in the entire world?

5. How many vacuums are made per year in the USA?

6. A man pushed his car to a hotel and lost his fortune. What happened?

7. You’re the captain of a pirate ship, and your crew gets to vote on how the gold is divided up. If fewer than half of the pirates agree with you, you die. How do you recommend apportioning the gold in such a way that you get a good share of the booty, but still survive?

8. What is the probability of breaking a stick into three pieces and forming a triangle?

9. If a person dials a sequence of numbers on the telephone, what possible words/strings can be formed from the letters associated with those numbers?

10. Explain the significance of “dead beef.”

Yeah, we can’t answer any of those either. If you have a big interview coming up and are now having a minor panic attack, you can relax. These questions were so hard, many have since been banned. Because they’re no longer going to make or break an applicant’s chances at snagging a job at Google, recruiters gave Buisness Insider a little bit of insight as to why they ask these insane questions. When interviewers ask, “How many golf balls can fit in a school bus?” they’re not necessarily looking for a number, but they want you to explain the key challenges you’d face while solving the problem. So, do you need to be a genius? No. Do you need to be able to think on your feet? Always. And TBH, that’s a lesson you should use no matter where you’re interviewing.

What’s the hardest question you’ve ever been asked in an interview? Share with us on Twitter @BritandCo.

Cortney Clift
Cortney is the senior writer and special projects editor at Brit + Co. She typically covers topics related to women's issues, politics, and lifestyle. When she's not buried behind her computer you'll find her exploring New York City or planning her next big adventure.
Google
Work
Google
More From Work