And The Biggest Trend at The Grammy Awards Is… Cutouts 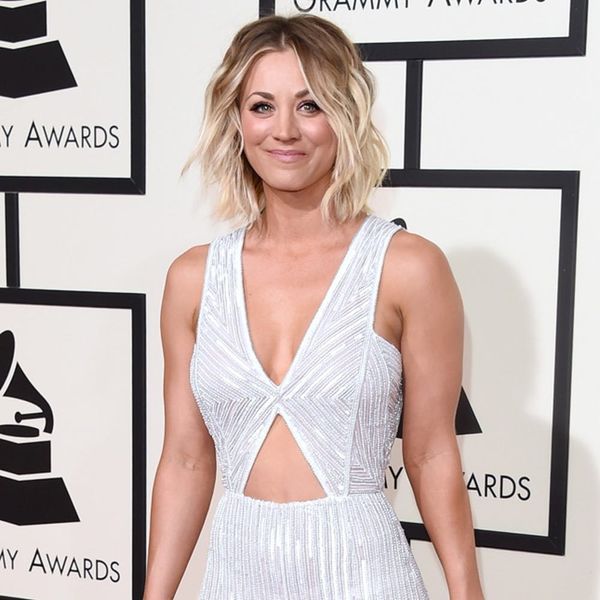 Cutouts, cutouts and more cutouts: By far the biggest fashion trend of the 58th annual Grammy awards, this sultry style was rocked by presenters, performers and nominees alike. Selena Gomez donned the trend not once, but twice, in her red carpet custom Franciso Costa (creative director of Calvin Klein) gown and again in the red dress to introduce Ellie Goulding, bestie Taylor Swift showed off some serious side slits in her onstage piece during “Out of the Woods” and model Alessandra Ambrosio came swathed in a peekaboo piece that had tongues wagging. Check out the full list of those who dared to bare below.

Selena Gomez: Selena proved Queen of the cutout tonight, choosing to wear the trend both onstage and off, first in sequined blue Calvin Klein, then again in a satin-y deep cranberry gown with a touch of tasteful underboob.

Alessandra Ambrosio: The Victoria’s Secret model certainly has the body to pull off the scandalous sliced gown she wore on the red carpet – she brought some serious heat in this Versace design.

Taylor Swift: Taylor was in mesh-covered slits from here to there for her “Out of the Woods” performance in this Swarovski covered catsuit.

Kaley Cuoco: Kaley was completely unapologetic about her belly-baring cutout jumpsuit, and why should she be? Girl was on fire!

Bella Hadid: Bella joined the cutout club in the stunning black cutup number by Alexandre Vauthier, and all we can say is wowza!

Anna Kendrick: Emanuel Ungaro designed this cutout piece for presenter Anna Kendrick, who mixed up the trend a bit with a sheer black mesh overlay.

Would you rock these sultry styles? Let us know on Twitter at @britandco!

Nicole Briese
Nicole is the weekend editor for Brit + Co who loves bringing you all the latest buzz. When she's not busy typing away into the wee hours, you can usually find her canoodling with her fur babies, rooting around in a bookstore, or rocking out at a concert of some sort (Guns N' Roses forever!). Check out all her latest musings and past work at nicolebjean.com.
Celebrity Style
Style News
Celebrity Style
More From Style News