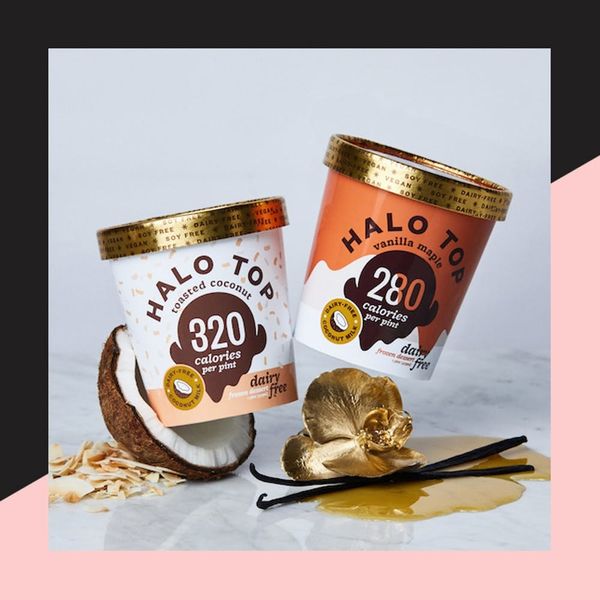 Halo Top Creamery had us practically drooling back in late September when it released (count ’em!) seven non-dairy, vegan options to its already delicious line-up of regular flavors. Now, the ice cream company is at it again, expanding the collection with two brand new vegan, dairy-free treats, plus five more that have been converted from its regular catalog of sugary goodness.

The brand, which prides itself on being “healthy ice cream that actually tastes like ice cream,” churned up a Toasted Coconut flavor and a Vanilla Maple flavor for your eating pleasure, with the the first giving us reason to say ‘Aloha’ to a tropical creamy coconut base with flakes of toasted coconut besides. The second boasts good ol’ vanilla ice cream with just a touch of maple.

As with the brand’s prior dairy-free offerings, these new editions are made with coconut milk, so they skip the lactose without skimping on the creaminess.

But wait, there’s more! For all the vegans or lactose intolerant souls who have enviously watched their friends savor Halo Top’s conventional dairy-laden selection: you, too, will soon be able to indulge in the scrumptious classics, with vegan versions of Pancakes & Waffles, Birthday Cake, Candy Bar, Chocolate Almond Crunch, and Chocolate Chip Cookie Dough being brought over to the dairy-free side.

The brand has not revealed an *exact* release date, but they did say that this deliciousness will be hitting shelves throughout the month February.

Hey, it may still be cold outdoors, but that DEFINITELY won’t be stopping us from digging into these guys, STAT!

Which of these new flavors are you most excited for? Let us know @BritandCo!