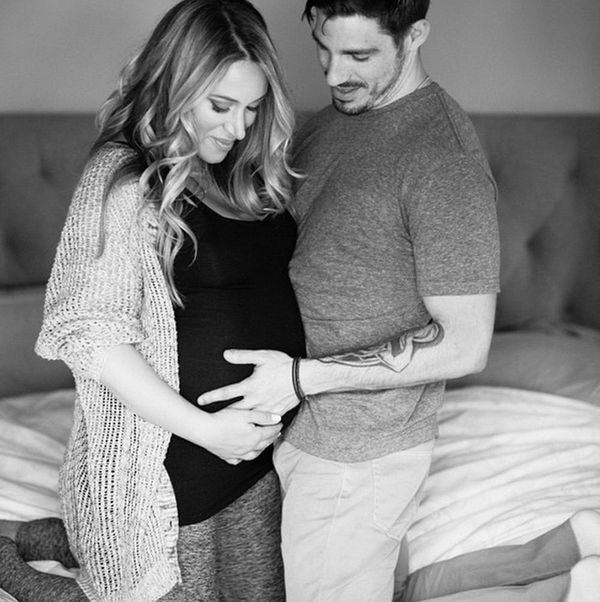 According to the Social Security Administration’s list of most popular baby names, Emma, Olivia and Sophia came in as the top three picks for girl baby names in 2014. While these are all ultra-feminine monikers, we’re getting the feeling that the top names of 2015 might not be quite so gender specific. Blake Lively and Ryan Reynolds caused quite a commotion back in March when they finally confirmed that their baby girl was named James. And before that, Shakira also announced that she and her partner Gerard Piqué named their newborn baby boy Sasha. Now cooking show host and sister of Hilary, Haylie Duff is the latest celeb mom to opt for a unisex name.

The 30-year-old gave birth yesterday to a baby girl named Ryan. Her rep told E! News, “Haylie Duff and fiancé Matt Rosenberg welcomed their first child, a baby girl, on Monday, May 11 in Los Angeles, CA. Both mom and baby are doing great! Haylie and Matt are thrilled to finally meet their baby girl and become a family of three.”

While Ryan isn’t unheard of as a girl’s name, it’s definitely not super common. According to Nameberry, Ryan is of Irish decent and is said to mean “little king” (or queen). In their 2014 poll of most popular girl’s names, Ryan came in way down at 510th. While it’s nowhere near the top yet, we’re getting the feeling those playgrounds are going to be filled with a whole lot of gender neutral baby names in years to come.

What’s your take on Haylie’s baby name pick? Share with us in the comments below.