Here Are the 2 Things Holding Millennial Entrepreneurs Back 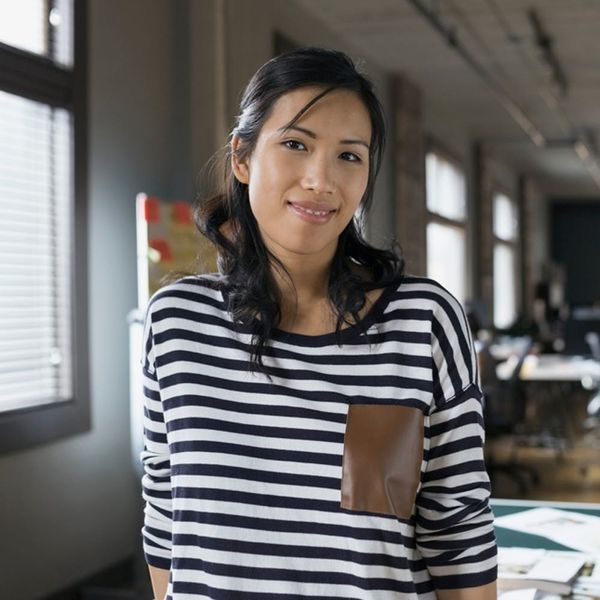 If you’ve been binge-watching Sophia Amoruso’s Girlboss on Netflix, feel uninspired by your current job, or have dreamed of starting your own business for ages, you’re not alone. From wanting more flexible hours to turning a side hustle into a bona-fide business, millions of millennials aspire to achieve self-employed status. Not sure where you stack up? Read on for new research from America’s Small Business Development Center (SBDC), which breaks down how young people view entrepreneurship and what they believe they need to build a company from the ground up.

HALF OF millennials want to launch their own biz

According to the SBDC, there’s a massive boom in young people who want to own a business: 62 percent of millennials say they already have an idea they would love to bring to life, and 61 percent believe that the best job security would come from owning their own business. When it comes to bringing their idea to life, nearly half (49 percent) plan to start their own business within the next three years. Even more, 59 percent of millennials would launch their business within the next year if they had the right idea and the tools and resources to make it happen.

Though this might seem surprising, it makes a lot more sense when you consider that 68 percent of millennials have already owned or worked for a start-up. Though roles at early-stage companies often require long hours and super innovative thinking that can make your brain hurt, anyone who’s done the dance or made the hustle happen knows first-hand how awesome it can be to bring an idea to life. It’s addicting!

Millennials differ from previous generations in that they’re far *less* likely to spend their career working for the same employer, and are at the mercy of quickly changing technology. Worries about job security make self-employment more attractive too, as young people see working for themselves as a more secure option than working for someone else.

but there are Two Things holding them back

1. Money: While a good idea and business smarts are essential to building a successful company, millennials say that they’re also missing the money they need to take action on a good idea. Forty-six percent of people surveyed say financial stability is a must before diving in, while 45 percent of them say not having enough cash is their biggest road block.

While scoring capital might be necessary for some new business ideas (especially if you’re producing physical goods), others can be started as a side hustle or with your personal savings. In those instances, forming the right kind of company, drafting a solid business plan, and working on your idea during your free time could be the best way to get your idea off the ground. There’s really no need to wait!

2. Knowledge: Owning a company calls for a business-minded brain, from figuring out the best business structure to writing a stellar business plan and managing a budget. More than 13 million millennials say that not knowing exactly how to make the leap is the reason they haven’t started a company yet.

When it comes to support and affirmation, the SBDC says that a little goes a long way. Young people just need to know there’s somewhere to go for advice. The good news? The internet is a treasure trove when it comes to resources about best practices for forming a business, and solid Google skills will help you learn how to handle people, processes, and software. Dedicate yourself to doing the research and taking notes, and you’ll be a step closer to making your self-employed dreams come true.

Have specific questions about starting a business? Tweet ’em to us @BritandCo!

Krista Gray
Krista Gray is a web producer and freelance writer who lives in San Francisco. When she's not working with clients through her company GoldSquare, she loves reading, traveling, and learning new things.
Entrepreneur
Work
Entrepreneur The Art of the Side Hustle
More From Work