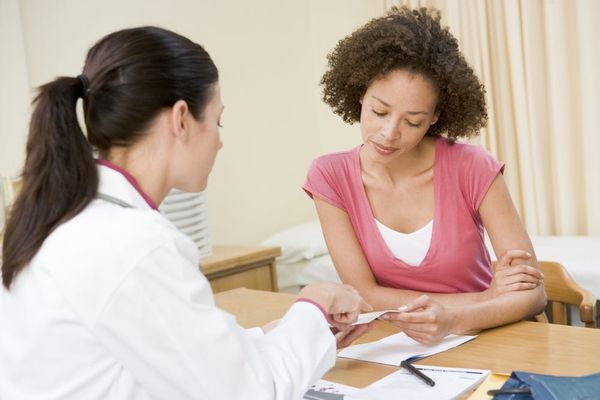 There’s been a lot of confusion lately about how often to get our junk checked out.

Until 2014, women were told they needed to schedule a pelvic exam every year. That meant every 12 months, women 21 and over needed to meet with a gynecologist or health care provider, shimmy into the infamous stirrups, and have someone poke around inside their bodies and take samples for testing. The pap smear, maybe the least pleasant part of the exam, allows doctors to screen for various diseases, including HPV, cervical cancer, or pre-cancerous cells.

But then the American College of Physicians, a group that represents doctors of internal medicine, published new pelvic exam guidelines in the Annals of Internal Medicine. The new guidelines stated that women who had normal pelvic exams (meaning, no alarming discoveries were made based on recent exams) did not need to go in for a pelvic exam each year, but every three years instead.

It may seem strange to recommend less rather than more health care and screenings, but the college was concerned that the risks of false-positives on tests outweigh the benefits of yearly screenings. For example, if women receive a false-positive on a test for a strain of HPV that can lead to cancer, they may end up having unnecessary surgeries, which is something no doctor or patient wants.

Based on this information, a lot of women stopped going in for yearly pelvic exams. NPR reports that a new study anticipated a 43 percent drop in women seeking annual pelvic exams based on recommendations like the one from the College of Physicians.

The problem? There is not a consensus within the medical community over how often women should have pelvic exams.

According to NPR, the American College of Obstetricians and Gynecologists still recommends yearly pelvic exams for women over 21, regardless of whether or not they’ve had normal exams in the recent past. Still another group, the US Preventive Services Task Force, has said that there’s not enough evidence available to argue for or against yearly exams.

So what are we supposed to do? Should we make an appointment every 12 months, or just wait and go every three years?

Dr. Leah Torres, an obstetrician and gynecologist based in Utah, tells Brit + Co, “Pelvic exams aren’t always necessary. For example, I will perform them in younger women only if they have a specific symptom and a pelvic exam would help me diagnose and/or manage her.”

But Torres and the whole medical community agree that women between 21 and 65 should definitely have a pap smear every three to five years. If you find yourself feeling confused or worried about how often you need to get checked out, Torres says to just ask your doctor how often you need to be coming in, and to see if your doctor can help over the phone versus scheduling an appointment. “I feel bad if someone makes an appointment to see me for something I could have taken care of for them with a phone call,” she tells us. “Not every symptom can be managed that way, but it’s worth asking about.”

What has your doctor told you about how often you should have a pelvic exam? Tell us on Twitter @BritandCo.

Elizabeth King
Elizabeth King is a politics, history, and culture writer based in the Twin Cities. She is generally pretty cranky but still enjoys traveling, music from the early 2000's, and plotting the resistance. Feel free to say hi on Twitter at @ekingc or check out some of her work at www.elizabethcking.com.
Womens Health
More From Womens Health