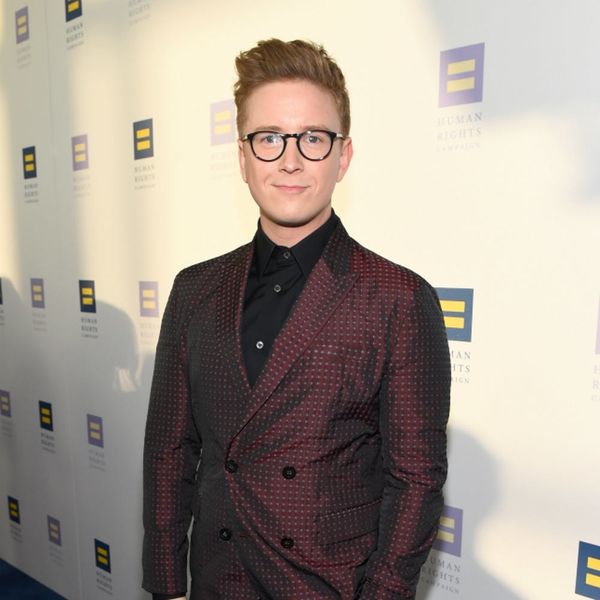 Before Netflix, there was YouTube. The original internet streaming service has offered users years of incredible content — everything from any DIY you can imagine to incredible workouts you can do at home. With millions of channels and faces, there’s something for everyone on the site. YouTube’s settings haven’t changed much over the years, but a recently added feature actually has a number of people very worried about how the video giant is allowing users to view content — and how they determine what’s sensitive or not.

Popular YouTuber Tyler Oakley first noticed that the site’s new “restricted mode” changed the way his videos were displayed after posting his video, “8 Black LGBTQ+ Trailblazers Who Inspire Me” during Black History Month. The algorithm that manages “restricted mode” deems this video inappropriate content for youth. Oakley noted that there was a disproportionate amount of LGBTQ+ videos that have been hidden due to this new feature, regardless of content.

Oakley isn’t the only queer user to notice this change negatively affecting their platform. User Rowan Ellis posted on her popular channel that over 40 of her videos become hidden when the new feature is applied. Silencing videos that are not questionable just because they discuss gay issues is a dangerous road to go down. None of the videos being blocked seem to have highly sexualized content, but do speak about sexuality in a way that other mainstream media may not cover.

Both Oakley and Ellis are concerned that this sends a very bad message and subtly tells gay youth that gay voices are not appropriate. For their part, YouTube hastily published a series of tweets explaining their reasoning, but users like Ellis find the whole scenario lacking in forethought.

A message to our community … pic.twitter.com/oHNiiI7CVs

While this may not seem like that big of a deal if you read the YouTube statement, their set-up restricts videos that simply discuss romance or dating or even just the mere mention of gay people, which makes it hard for kids who may not have any exposure to access positive videos that will support them in understanding their sexuality, and that’s something that’s important for all kids regardless of their sexual orientation.

A follow-up from YouTube reads, “Sorry for all the confusion with Restricted Mode. Some videos have been incorrectly labeled and that’s not right. We’re on it! More to come.”

Have you ever stumbled upon an interesting YouTube channel? Tell us about it @BritandCo!

Kat Armstrong
Kat has been a writer, social media maven and mom for longer than she's willing to admit. She's also spent time in front of and behind the camera, interviewing celebs, politicians and acting as a producer for fashion and artistic photography shoots. When she isn't writing for various orgs and publications, she's hanging with her kids, husband and French Bulldog, Peter, in Toronto, Canada.
LGBTQ
Pop Culture
LGBTQ Streaming YouTube
More From Pop Culture