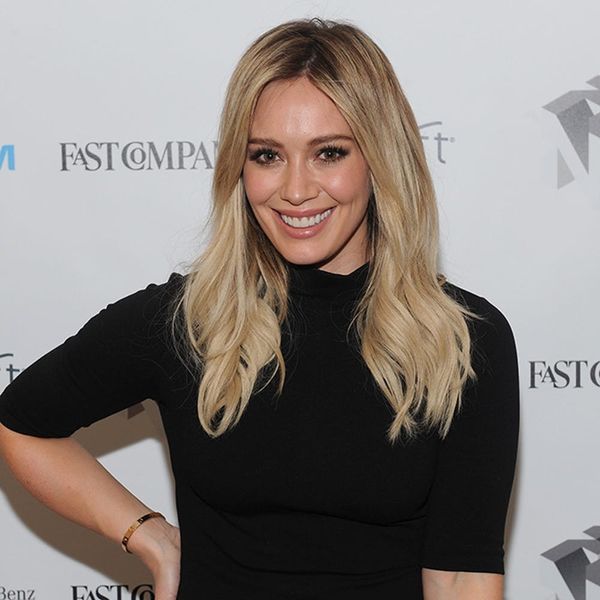 When you look back at some of the major headline-makers of 2015, you have your usual suspects: Kardashian children, dramatic Kardashian hair makeovers, new Kardashian apps. But let’s talk about a (sometimes) non-Kardashian topic we’ve seen trending this year more than ever: body positivity. As you head into the new year thinking about resolutions, let a couple news items from this week make you think about them differently, courtesy of a pretty powerful Hilary Duff interview and Women’s Health‘s new ban on a phrase you’ll be happy to say bye to.

Let’s start with Hil: She recently gave Redbook an interview about her life as a working mom and how she stays positive when the press is scrutinizing every detail of her life — even something as personal as her body. She was running an errand shortly after giving birth to Luca and (obviously) wearing comfy clothes. The press noticed her first outing and dubbed it her “post-baby bod debut” in the tabloids, an insensitive assumption to make. “It was such a happy time that honestly I didn’t care; it wasn’t until later that I realized how mean and invasive it was,” Hilary told the mag.

Women’s Health made headlines this week when they announced they will ban words from their cover that evoked negative feelings about one’s body. Hip, hip, hooray! Next year’s editions of Women’s Health will no longer include the words “bikini body” or “drop two sizes” on its covers — we applaud them for this bold move to just straight up eliminate this kind of speech all together.

What do you think about this trending topic of 2015? Tweet us your thoughts @britandco!