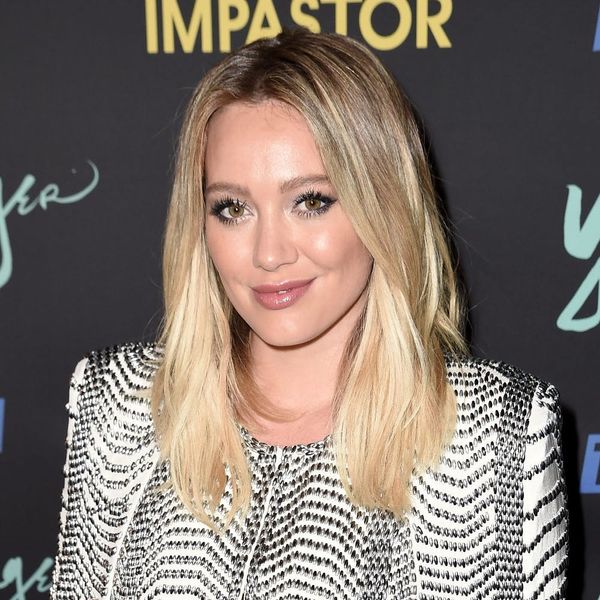 Despite becoming famous for her adorable, super-smiley child-star image, Hilary Duff is no stranger to controversy. And though she’s most definitely been in the wrong — for example, her Halloween costume with her now-ex, Jason Walsh — this time around she’s not apologizing. That’s because after posting a pic of herself and her four-year-old son at Disneyland where she’s giving him a little kiss on the lips, the haters came out hard to shame Hil. Her response? Check it out for yourself.

But then, whoa. While plenty of fans loved the adorable pic, many others decided to shame Hilary for the simple (innocent) fact that she’s kissing her son on the lips. Hilary responded quickly and in no uncertain terms.

“For anyone commenting that a kiss on the lips with my four year old is ‘inappropriate’ go ahead and click a quick unfollow with your warped minds and judgement.”

And that’s that. If someone thinks the kiss was not cool, well Hilary just doesn’t want to hear it, which is probably a good tactic 99 percent of the time in situations like this.

Do you think it’s inappropriate to kiss a child on the lips? Tweet us @britandco!

Desiree O
Desirée O is a ‘Professional Bohemian’ who loves anything and everything related to the arts, entertainment, and pop culture. She ADORES being a ‘Newsy’ for Brit + Co, covering all of the latest tidbits of awesomeness that you want to read about. When she’s not writing, she’s either making messy art, going on long adventurous walks with her camera, or poking around over at bohemianizm (http://www.bohemianizm.com/). You can find out about Desirée O and her work at http://DesireeO.com/ or follow her on Twitter @DesireeO.
Halloween
Celebrity News
Halloween
More From Celebrity News