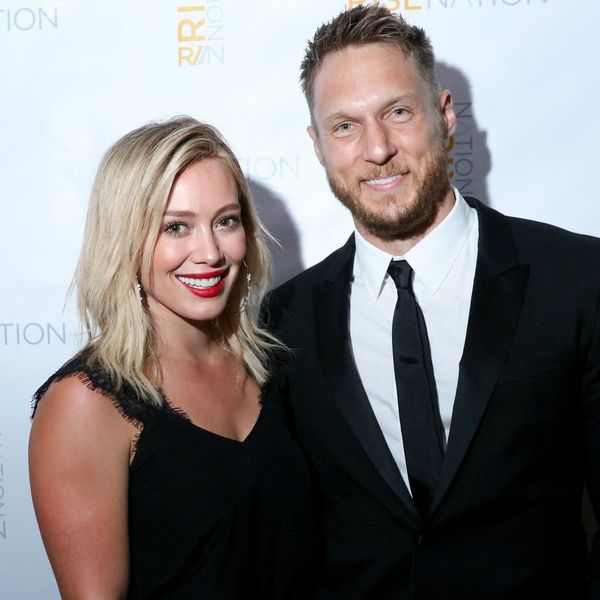 Well, that was short lived! Five months after their romance began, Hilary Duff and boyfriend Jason Walsh are reportedly donezo. Though they just got back from a tropical vacay in Hawaii (Reese Witherspoon would approve), any island magic they might have experienced apparently just wasn’t enough to keep them together.

We can’t say we’re entirely surprised — theirs definitely didn’t start out as a love story for the ages, after all: You might recall the brow-raising Halloween costumes that didn’t go over so hot with the public, for which they both issued public apologies.

But it wasn’t pilgrim-and-Indian backlash that drove these two apart.

According to sources for People magazine, their issues were moreso rooted in geography. “They aren’t on the same page,” the source says. “He wants to move to New York, but her life is in LA.”

That’ll do it! No matter how much you love someone, if the two of you can’t agree on life’s major milestones (like, for example, where to live), you’re bound to be headed for heartbreak.

While we’re sure Hil’s plenty sad, she seems to have the right idea when it comes to healing a potentially broken heart, at least — lots of QT with her own little cutie.

With cozy slippers to boot, it looks like a pretty solid breakup plan to us!

Are you sad to see these two split? Share with us @BritandCo.

Nicole Briese
Nicole is the weekend editor for Brit + Co who loves bringing you all the latest buzz. When she's not busy typing away into the wee hours, you can usually find her canoodling with her fur babies, rooting around in a bookstore, or rocking out at a concert of some sort (Guns N' Roses forever!). Check out all her latest musings and past work at nicolebjean.com.
Celebrity Breakups
Celebrity News
Celebrity Breakups Celebrity Couples Halloween love
More From Celebrity News