This Is the Meaning Behind Hilary Duff’s Newest Tattoo 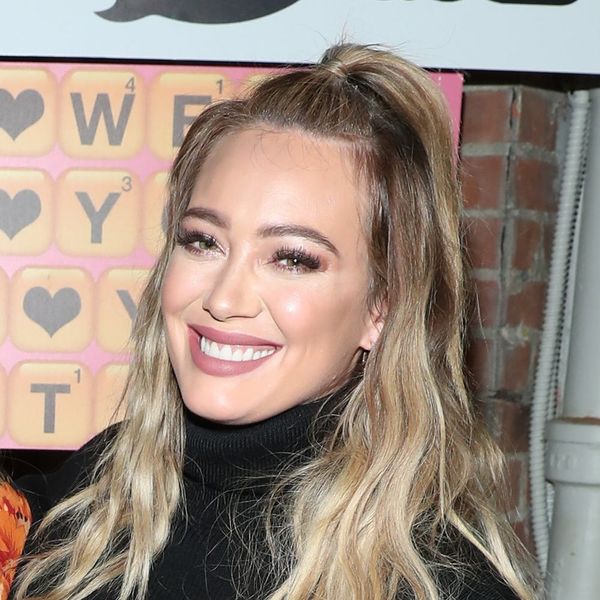 Hilary Duff has definitely earned a treat after stressing out about what to get her son for Christmas and gifting us with words of wisdom. It looks like her self-love has come in the form of some new ink, and who better to do it than celeb favorite artist Doctor Woo?

Doctor Woo posted a pic of the new tattoo on his Instagram page. The piece is located on Duff’s inner arm and reads, “Take Fountain” in script letters. Woo wrote, “Just a super tiny reminder on @hilaryduff , one of the best tips when you are driving in LA via #bettedavis.” Some pointed out that it actually doesn’t help much to take Fountain Avenue these days, but others said that it actually is a good solution — or at least, better than taking Sunset.

Just a super tiny reminder on @hilaryduff , one of the best tips when you are driving in LA via #bettedavis 🧐

So what’s the origin of the quote? Well, back in the day, actress Bette Davis sat down with Johnny Carson, who asked her how an actress just starting out could get into Hollywood. Davis, instead of giving a serious reply, responded with “Take Fountain!”

Woo’s work joins a number of other tattoos littering Duff’s inner arms. She explained to Ellen that she didn’t want the commitment of seeing her tattoos all the time, so she keeps them slightly hidden where they won’t be visible as often…unless she raises her arms to look “super hardcore, like a gangster.”

What do you think of Hilary Duff’s body art? Tell us @BritandCo!

Shea Lignitz
Shea can be found in the nearest bookstore or brewery, exploring the great outdoors, or blasting Led Zeppelin. She grew up in the cold and rain of Northern California's redwoods but is currently wandering around Texas.
Tattoos
Beauty News
Tattoos
More From Beauty News