Babies With These Names Are Destined for Royalty 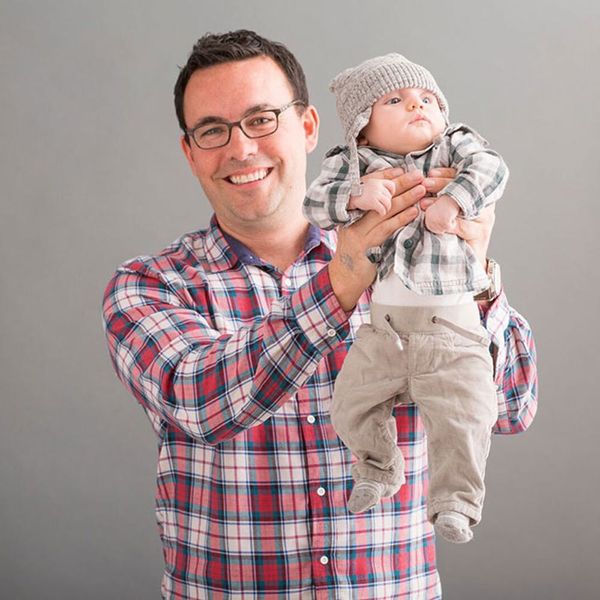 There are several kinds of royal baby names, as these monikers with meanings that relate to “king” attest. While many are traditionally male names, some are used for both genders today or have feminine counterparts. One might be right for the new king — or queen — of your household.

1. Ara: In Armenian mythology, Ara was a king so handsome that a rival queen went to war in order to capture him. Handsome and unusual, Ara was given to only seven boys in the US last year… but nearly 50 girls.

3. Balthazar: A Phoenician name that means “Baal protect the king,” Balthazar is still probably best known as the name of one of the Three Wise Men. A highly unusual choice, Balthazar was given to only 13 boys in the US last year, and the Balthasar spelling did not register at all.

4. Daria, Darius or Darian: Darius is an ancient name meaning kingly that is surprisingly popular in contemporary America: it ranks number 473 on the boys’ list, and variations Darian and Darien are also both in the top 1000 for boys. Girls’ version Daria — also the name of a smarty-pants cartoon heroine and a supermodel — was given to 104 girls, while Darion was used for 75 boys.

5. Fitzroy: Roy means king, and so Fitzroy means son of the king. If you want a truly unique name for your child, this is one good choice: there were no recorded babies named Fitzroy in the US last year.

6. Halcyon: Halcyon is a kingfisher bird whose name is rooted in the Greek myth of the goddess Halcyon who was turned into a kingfisher by Zeus. The good news: he gave her a few weeks of calm weather in mid-winter, aka “halcyon days.” While names like Heaven, Nevaeh, Eden and Serenity are popular, there were no babies named Halcyon in the US last year.

7. Kingsley or Kingston: Kingsley and Kingston are both place names (and also surnames). Kingsley was given to over 300 boys last year and more than 70 girls, while Kingston is much more popular but with a far wider gender imbalance: over 2500 boys, vaulting it to Number 161, and only ten girls. Kingston’s popularity may be pegged to its choice by Gwen Stefani and Gavin Rossdale for their son. Kingsley means “king’s meadow” while Kingston means “king’s town.”

8. Leroy: Another -roy name, Leroy was a top 100 name until the early 1950s and only last year dropped off the top 1000. Might that mean Leroy, which is French for “the king,” is due for a comeback? Maybe not quite yet, though it’s undoubtedly cool.

9. Malik: Malik, which means king in Arabic, peaked in the late 1990s but is still number 376 in the US. Some parents may see it as a fresh spin on Michael, transposing some of that long-popular name’s sounds and syllables.

10. Melchior: Melchior, another name of the Magi, is derived from an ancient word meaning “king city.” We’d choose Balthazar or Caspar over this one, though.

11. Regan or Reagan: One of the most popular king names of recent years, Reagan was given to over 2800 girls and about a tenth as many boys in the US in 2014, while Regan was used for 237 girls and 52 boys. Meaning “little king,” Reagan relates to the president while Regan has roots in Shakespeare’s King Lear.

12. Rex: Rex is on the rise, pulling out of its long identification as a canine name. And with x being such a cool letter, you really can’t lose.

13. Rory: Rory, an Irish name meaning “red king,” is gaining in popularity for both genders, with the divide now at two to one in favor of the boys. It’s on the Top 1000 in the US for both genders, standing at Number 416 for boys and 840 for girls. Rory is in the Top 100 for boys in England, Scotland, and Ireland.

14. Roy: Amazingly, Roy was a Top 100 name from 1880 all the way until the late 1960s. It still hangs on at a respectable Number 532 and has even taken a slight turn upward. The related Royal, meanwhile, is leaping up the popularity list, from outside the Top 1000 to Number 573 in just two years.

15. Ryan: Another name meaning “little king,” Ryan is off its peak but still stands at Number 37 for boys in the US and is a Top 50 name in England, Wales, Scotland, Ireland, and the Netherlands. Ryan is also making a surprisingly strong showing for girls, standing at Number 510 in the US, but that’s still less than ten percent the number of boys named Ryan.

16. Zeno or Zenon: Zeno and Zenon are name relatives of Zeus, the king of the gods. Zeno was used for 25 boys last year and Zenon for 15. While Z names are always cool, these two have a bit of an outer space feel about them.

What do you think of these royal baby names? Weigh in on the comment section below.