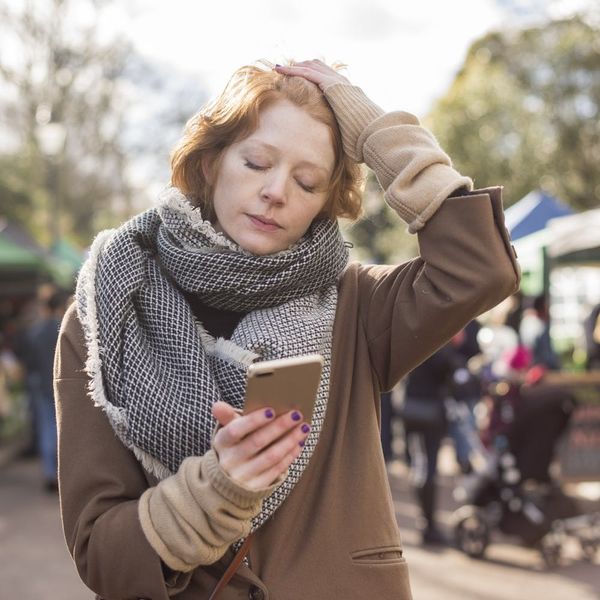 Sexual violence affects around 300,000 Americans each year — that’s one sexual assault every 98 seconds. Still, as pervasive as sexual violence is, statistics show the majority of these crimes remain unreported — and the vast majority of perpetrators don’t face jail time.

“There are a number of reasons survivors don’t report sexual crimes, but we have to consider the trauma that survivors have experienced and how it impacts them on so many levels, including biologically and neurobiologically,” Palumbo says. “Oftentimes, just because of the way our minds process information after trauma, moving forward immediately with a report is often not an option people consider.”

Paradoxically, while not reporting sexual violence can be safer for survivors in terms of reducing exposure to trauma, low rates of reporting often means repeat offenders aren’t held legally accountable for their crime. But sexual assault survivor advocates, some police departments, and entrepreneurs are leveraging technology to make the process of reporting easier, and even empowering, for survivors.

Recognizing the need for higher reporting rates and a more empathetic reporting process, some police departments in Oregon have implemented a program called You Have Options, which allows survivors to tailor information-collection to their needs through their choice of an information-only, partial, or complete investigation process. “When a victim is given the ability to control certain aspects of a sexual assault investigation — such as who is contacted and if an arrest is made — law enforcement and the victim both benefit,” the site reads. Currently, Oregonians in seven constituencies can report through You Have Options.

Palumbo hopes that as more departments broaden the way survivors of sexual assault can report, more crimes will be reported.

In the meantime, Ryan Soscia, founder and CEO of the app JDoe, wants to fill in the gap, making the reporting process less difficult for survivors and, in turn, increasing the likelihood of identifying repeat offenders.

After a group of more than 10 teenagers from his hometown said they were molested by the same person, Soscia began to wonder how technology could ensure perpetrators were held accountable for their actions — and if the process of reporting could be easier for survivors. So he developed the technology himself.

The app, which is available for free anywhere in the United States, allows survivors of sexual assault to report crimes anytime, anywhere, without the potential stress of in-person reporting. The premise is that if a survivor is free to report the crime on their own terms, they may be more likely to come forward.

“Ideally, we wish that these crimes were reported every time they happen. We want to build a system that didn’t have any downsides to doing that. That’s our vision. If these are crimes, they should be treated like crimes,” Soscia tells Brit + Co.

Through the use of encrypted data, JDoe’s technology connects the dots between assaults by the same perpetrators and, when survivors are ready, sends reports directly to authorities. For survivors who fear coming forward alone, there’s the option to keep a report in “escrow” until another survivor makes an allegation against the same person. Palumbo says this sense of support and safety are key for survivors.

As it stands, Palumbo says the process of reporting a sexual crime to law enforcement — which involves extensive information gathering — encompasses more interrogation than support. While survivors need to hear “I believe you,” the act of reporting often leaves them feeling more ashamed, especially if they misremember a detail of their assault and an investigator questions the validity of their story. “It’s so important when responding to survivors to let them know that you’re listening, and that you believe them,” she says.

“Unfortunately, reporting isn’t often handled in a very trauma-informed way, and in many cases survivors are discouraged from moving forward or their reports aren’t taken seriously,” she says. “Not only does that cause harm to the survivors directly, but it does a disservice to the whole community.

“Safety, choice and control are absolutely imperative in the reporting process. Survivors of sexual abuse and trauma, in their assault, have lost their ability to be safe, to choose, and to be in control. If we’re working on behalf of survivors in any capacity, whether taking a report or providing services like medical services or counseling, it’s so central for those to be at the core,” Palumbo says.

Those who report also have the option to pursue litigation, which is how the app makes money. JDoe has relationships with lawyers across the country who agree to take on cases reported in the app, which become more compelling and lucrative with multiple accusations. But this also brings up the issue of privacy and security.

User privacy and protection are concerns with any technology, but especially in light of the uniquely vulnerable premise of JDoe. Soscia, citing “a level of anonymity Edward Snowden would approve of,” says the app is intentionally built to be totally confidential. User data remains completely anonymous at all times, unless, of course, a user agrees to submit a report to police or pursue a lawyer. This design, he says, makes it impossible for the app itself to abuse user data, so there is no plan to monetize information.

“We were able to make sure only individual users have access to their own data, but we were still able to preserve properties that enable us to make connections between crimes,” he says. “The idea is that once connections are realized, it will go from a scenario where there’s incredible shame and stigma to a scenario with unanimous consent to pursue action.”

Whether survivors opt to report on an app, in person, or not at all, safety is the priority. “If we want survivors to feel safe, supported, and encouraged to report, then we need to be offering them a variety of ways to do that — ways that meet their needs,” Palumbo says. “More reporting promotes safety in communities, but we don’t want that to be at any survivor’s expense. If the options that are available aren’t going to meet their needs in terms of confidentiality, safety, and supporting their well being, then we’re not offering survivors the best options.”

What are your thoughts on sexual crime reporting apps? Tell us @BritandCo.