How Taylor Swift Lost Our Trust 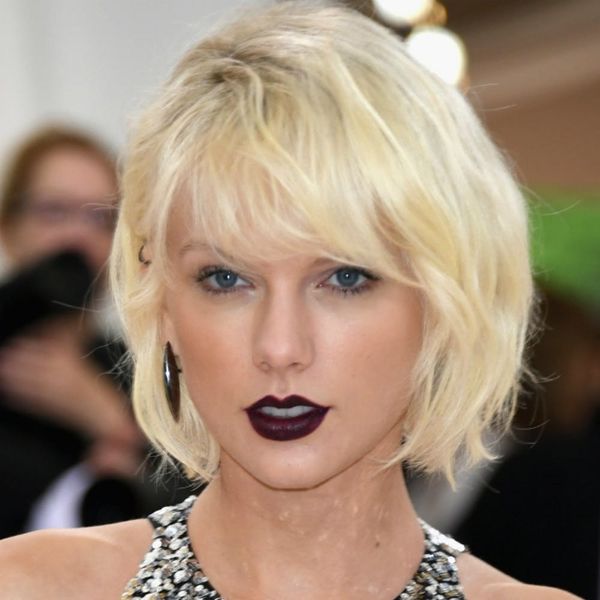 This has not been the best year for Taylor Swift. It seems like the once golden girl went from being everyone’s favorite girl to everyone’s favorite girl to hate. While we were still reeling from her breakup with Calvin Harris, it looked as if her #GirlSquad was falling apart when Kendall Jenner threw her some major post-Kim feud shade. Now it seems as if Tay’s gone from being the most relatable to one of the least-liked celebs out there — but how did it happen?

To get to where we are today, we should probably go back. Taylor’s always been known to use her real life as fodder for her music while remaining purposefully quiet about the truth of the matter. Even when songs like “Dear John” are pretty obviously about someone IRL (ahem, John Mayer), the offending parties never have spoken up. This has given Tay the opportunity to have the public believe her every word on any subject. We mean, how can anyone not trust you if no one is challenging what you’re saying, right?

Well, here’s where things started to take a turn for Taylor in this really horrible year. Hot on the heels of her split from long-term boyfriend Calvin Harris, we got a breakup song but not from Tay, from Harris. This was unprecedented in the world of Swift, and the song was brutal. At the exact same time, Taylor started being snapped with hunk Tom Hiddleston, but it didn’t seem like an honest relationship, since it literally started within the time span of the breakup with Harris. Hiddleswift traveled the world and there were a bunch of pretty good conspiracy theories around the couple. Fans didn’t love this coupling, or the fact that it happened so immediately after Tay and Harris’s two-year relationship ended.

With Hiddleswift doing whatever it was doing this summer, a new feud developed for Taylor and basically destroyed any trust fans had left with the singer. The now infamous drop of a recorded conversation between Tay and Kanye, released by Kim Kardashian on Snapchat, proved, once and for all, that Taylor’s “truth” may not be what it seems. This appears to be the moment that many of Taylor’s fans turned their backs on the singer.

With the release of the recording, Tay’s fans started to question everything the singer had said in the past. She blatantly lied, tried to cover it up and never so much as admitted to any wrongdoing. In a year where so many questionable things happened to and because of the singer, this was it for her fans.

Now, with news that Hiddleswift is already done, giving credence to the idea that the relationship was a scam anyways, how can Tay recover from all this mega bad press? She may have a new record coming, but considering the year she’s had, we doubt that people will buy into her side of things.

It would probably be best for her to lay low for a bit and then truthfully admit that she’s not perfect and that mistakes can still be made when you’re as famous as Taylor Swift. Will this be what she does? Only time will tell, and in the meantime, we’re wondering if Tay’s learned anything from her terrible, horrible, no good, really bad year.

How do you feel about Taylor Swift? Tell us @BritandCo!

Kat Armstrong
Kat has been a writer, social media maven and mom for longer than she's willing to admit. She's also spent time in front of and behind the camera, interviewing celebs, politicians and acting as a producer for fashion and artistic photography shoots. When she isn't writing for various orgs and publications, she's hanging with her kids, husband and French Bulldog, Peter, in Toronto, Canada.
Taylor Swift
Celebrity News
Taylor Swift
More From Celebrity News