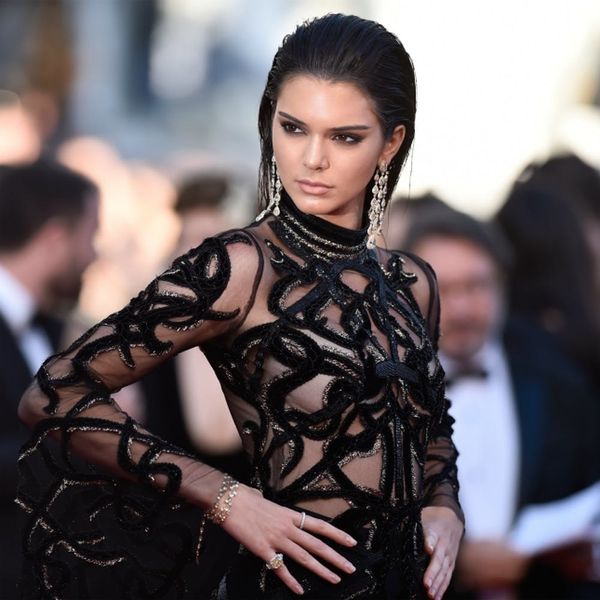 Ever since Taylor Swift and Calvin Harris split, news has been getting deeper and weirder as the weeks pass. In between all the crazy Hiddleswift conspiracies, we’re getting everything from Calvin’s breakup song to Kim’s video leak of Taylor’s comments regarding Kanye’s song “Famous.” And of course, everyone’s picking sides… with some waiting eagerly to find out where Kendall Jenner would fall on the spectrum, considering she and Tay are friends.

It all started earlier this week when big sis Kim sent out a series of Tweets pointing to her Snapchat page, which we all know now is where she dropped the recording of Taylor agreeing to Kanye using her in his song. While this is old news, if you take a peek at Kendall’s Twitter feed, you’ll see that under her faves, she’s gone ahead and favorited a bunch of Tweets from last weekend around the Snapchat leak. Then, yesterday, Kendall posted the above photo with the caption, “tea time,” meaning she’s been gossiping. While this doesn’t seem like much, Kendall’s BFFs with full-time #GirlSquad members Cara Delevingne and Gigi Hadid, so she obviously has insider info. And, as everyone knows, those Kardashian-Jenners stick together.

While we can’t speculate as to what she actually knows, we love that she’s giving us little tiny glimpses of the fact that she knows a lot more than we do. Maybe we’ll get another bomb drop from another Kardashian/Jenner soon. One thing’s for sure, though — Taylor is not happy that her public persona is crashing around her.

What do you think about the ongoing Kardashian-West/Taylor Swift feud? Tell us @BritandCo!

Kat Armstrong
Kat has been a writer, social media maven and mom for longer than she's willing to admit. She's also spent time in front of and behind the camera, interviewing celebs, politicians and acting as a producer for fashion and artistic photography shoots. When she isn't writing for various orgs and publications, she's hanging with her kids, husband and French Bulldog, Peter, in Toronto, Canada.
Kardashians
Celebrity News
Kardashians Taylor Swift
More From Celebrity News