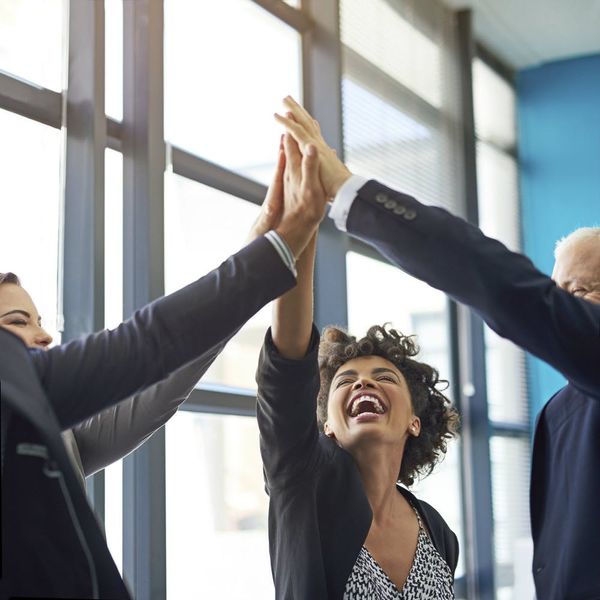 It can be hard to stay motivated at work on a gorgeous sunny afternoon — especially when you’re pretty sure your boss hates you and you have piles and piles of boring administrative tasks to do. But before you quit your day job and try to become a travel blogger, a new study published in Frontiers in Psychology has just revealed the four magic words that will instantly get you back on track career-wise.

In conjunction with the BBC Lab UK, Professor Andrew Lane from the University of Wolverhampton and his colleagues wanted to better understand what motivational techniques really worked in a competitive setting. In an expansive study of over 44,000 participants (usually psychological experiments host 300 people or less), Andrew and company tested whether self-talk, imagery and if-then planning (basically strictly planning out your day) would help the participants improve their scores in an online game.

The results showed that people who used the self-talk method (AKA telling yourself “I can do better”) performed better than the control group in EVERY portion of the task. Interestingly, participants who employed the if-then planning technique were far less successful, even though the method has been proven effective in situations like weight management.

Along with telling yourself that you can do better, the scientists also found that watching a short motivational video (they used a vid from four-time Olympic gold medalist Michael Johnson) can significantly improve performance.

You can put this into practice in a few different ways, from telling yourself “I can turn in a project and receive less edits from my boss than last time” to visualizing yourself beating your 5K personal record in your next race.

So whether you’re preparing for a tough meeting or asking your boss to close the wage gap and give you a raise, keep reminding yourself that you can do better — apparently that’s all the motivation you need to kick butt at work!

What’s your favorite motivational tool to use at work? Tweet your top quotes @BritandCo.

Ashley Macey
Ashley Macey is a lifestyle freelance writer who loves all things fitness, wellness, and creativity. When she's not exploring her home in the Pacific Northwest with her dog Max, you'll probably find her curled up with a good book and some hot tea. Follow her daily jaunts on Twitter.
Work
More From Work