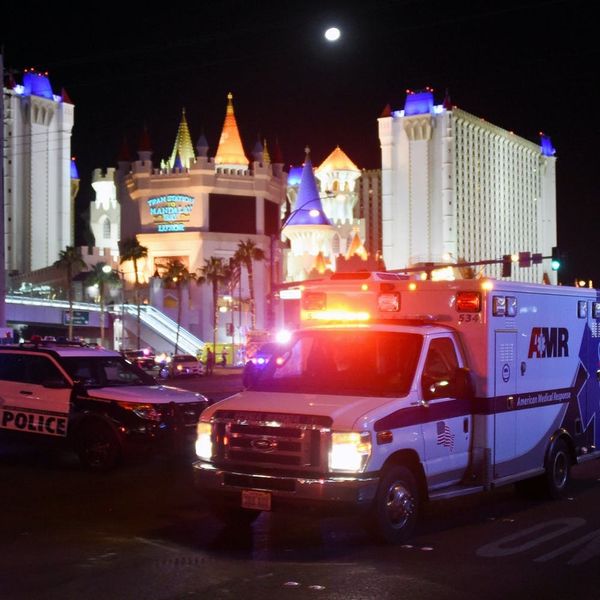 Our hearts are broken over the horrific shooting in Las Vegas, which killed 58 people and injured hundreds more. The nation is rightfully overcome with grief and anger, but this is the time when action is needed the most. Here’s how you can help the victims of the Las Vegas shooting.

The Associated Press is updating its site with the latest credible information. Be wary of hoaxes and false news on social media.

If you’re concerned about loved ones in the area and are unable to get in contact with them, the Las Vegas Metropolitan Police Department has set up an informational line at 1-866-535-5654.

As it stands, there are reports that more that 400 people were injured during the attack. This means blood donations are desperately needed right now.

For those living in the Las Vegas area, the police department is asking anyone who can donate blood to visit United Blood Services or the Labor Health & Welfare Clinic.

How to help and find loved ones. Please share #PrayforLasVegas pic.twitter.com/v0xaV3SAIm

NVs who would like to assist our victims & survivors of the shooting can visit any of these locations to donate blood @BloodHeroes @LVMPD pic.twitter.com/DFK6J3HmFb

If you would like to donate blood for the injured victims of the Strip shooting visit the Labor Health & Welfare Clinic, 7135 W. Sahara.

If you’re not local, consider donating anyway. Blood donations are needed all over the country, and you can make an appointment to donate using United Blood Services’ incredibly easy bloodhero.com website.

FYI: Be sure to check out the rules around donating blood before you go. And be aware that there may be a line, because so many people are already stepping up to help. But that doesn’t mean that more aren’t needed, so if you can help, please do.

The line to donate blood is out the door at United Blood Service. People have been here all night waiting for it to open #GMLV pic.twitter.com/D5VQeEjAYF

Mandalay Bay, the hotel where the shooter was positioned, tweeted a request for certified trauma counselors in the area. If you qualify, you can report to Circus Circus, Ballroom D, for an assignment.

We are in need of certified trauma counselors. pic.twitter.com/zroSqEoc1T

You can also donate money to help out. The Southern Nevada chapter of the American Red Cross, which responds to tragedies such as this, accepts donations on its website, by phone at 702-369-3674, and via mail at 1771 East Flamingo Road, #206B, Las Vegas, Nevada, 89119.

Or you can donate to the National Compassion Fund, which financially supports “victims of a mass crime, such as a shooting or terrorist attack.” The fund was developed by the National Center for Victims of Crime in partnership with victims and family members from past mass casualty crimes, including Sandy Hook, Aurora, Virginia Tech, Oak Creek Temple, NIU, Columbine, and 9/11.

Do you know of other ways people can help those affected by the Las Vegas shooting? Please let us know @BritandCo.