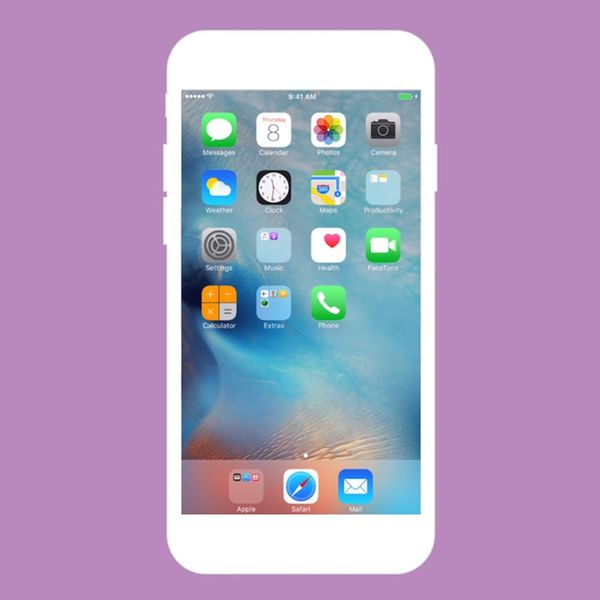 Some of you really hate clutter (you’re called minimalists), and hate the sight of unused things clogging up perfectly good real estate. That dislike probably extends to your iPhone screen — why oh why does Apple feel the need to pre-load every phone with a bunch of apps you don’t even need (Stocks? and the Apple Watch app for non-Apple Watch owners? C’mon!)? You may not be able to permanently delete these apps just yet (Tim Cook says they’re working on it, but… it’s complicated), but there is a glitch in the current iOS 9 update that allows you to banish these pesky, never-used apps from sight by taking advantage of the lag on the “Reduce Motion” option on your iPhone. And that’s at least something.

Next, create a folder of all the apps you don’t want on your screen. I have labeled mine “Apple Junk.”

In the meantime, also create a folder where you want this hidden folder to go. I chose to put it inside my “Apple” folder, alongside the apps I actually DO use, like App Store.

Now watch closely. You want to hold down your “Apple” folder until it starts to wiggle. Then, quickly, you want to tap into and tap out of the folder repeatedly. Keep the “Apple Junk” folder close by for an easy transition.

Press the Home button and you’ll find that the “Apple Junk” folder has been completely hidden from sight.

Check out the video on how to pull off the trick below.

What do you think of this trick? Do you have any iPhone tips you’d like to share? Tell us in the comments below!