How to Enjoy Coachella 2018 from the Comfort of Your Home 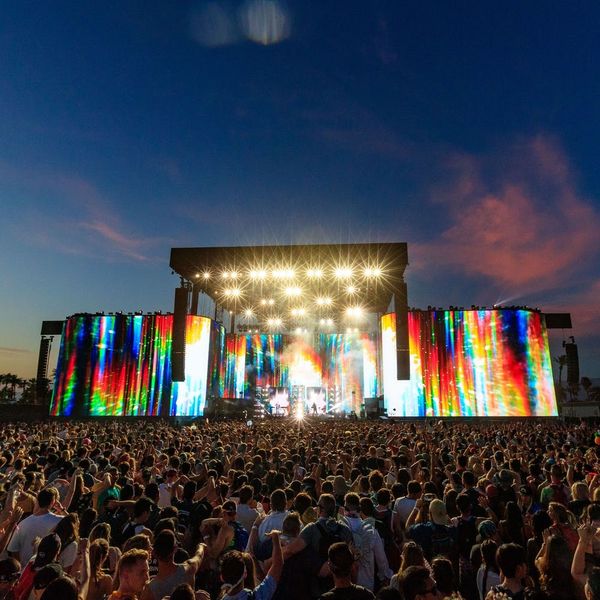 Coachella 2018 kicks off this weekend, but if you’re not one of the lucky ones heading to Indio, California, for the long-sold-out festival, fear not: You can still enjoy some of the performances from the comfort of home.

For the eighth year in a row, Coachella will stream select performances live on YouTube. Viewers can choose between four different feeds, which will feature different artists from various stages around the festival grounds. The festival will take place on April 13, 14, and 15, and then again on April 20, 21, and 22, but heads up — the livestream will be available only on the first weekend.

One of the livestream channels will incorporate VR technology to make your Coachella-at-home experience much more lifelike. With a Google Cardboard viewer or Daydream View headset, you can immerse yourself in the festival through the 3D, 180, and VR feed.

To make sure you catch the acts you want, create your own personalized viewing schedule from the lineup page on Coachella.com, or from the mobile app. It’s easy to make sure you don’t miss anything — after you click on an artist from the channel schedule, the livestream will automatically switch to it when it’s happening.

Some of pop and hip-hop’s biggest stars will headline the festival this year, with The Weeknd headlining both Friday nights, Beyoncé making up last year’s canceled spot on both Saturday nights, and Eminem closing out both Sunday nights. In addition to the three headliners, history-maker and new-mom-to-be Cardi B will take the stage, as will Haim, Miguel, “rockstar” Post Malone, SZA, Portugal. the Man, Jamiroquai, St. Vincent, Vince Staples, Fleet Foxes, Vance Joy, Petit Biscuit, and tons more.

Bust out your comfiest leggings, get your favorite essential oils diffusing, and bookmark Coachella’s YouTube channel, which will be live starting Friday, April 13.

Which Coachella 2018 performance are you most looking forward to? Let us know @BritandCo!