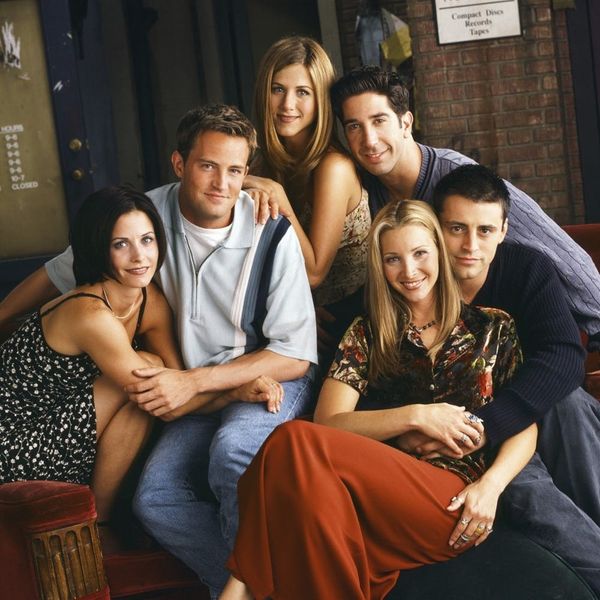 We all know just from having friends that BFFs are incredibly important, but would anyone have guessed that friendships might be even better for us than our family relationships are? New research on adult friendships shows that as we age, friendships become more important and can even be more important in our lives than our families. Later in life, having close friends can even mean people are more likely to be happy and healthy. The study also showed that there are some extra special facets to women’s friendships, revealing just how important our besties are for a happy life.

William Chopik, assistant professor of psychology at Michigan State University, conducted two studies in which he interviewed nearly 280,000 people on friendships and found that friendships become especially important as we grow older.

“Keeping a few really good friends around can make a world of difference for our health and well-being. So it’s smart to invest in the friendships that make you happiest,” Chopik said in a study press release in 2017.

Chopik tells Brit + Co that there were some differences in how friendships operated between men and women. Women who participated in the study reported more support and less stress from their friendships than men did. Further, the positive impacts were much more profound for women than for men. Chopik says that the health and happiness benefits of friendship were overall more pronounced among women compared to men.

Dr. Andrea Bonior, a clinical psychologist and author of The Friendship Fix, tells us that these differences boil down to the way women and men are socialized. In general, our society is very comfortable with women having intimate friendships with one another, but the same is not true for men. Bonior points out that when men are close, their relationship is teasingly called a “bromance” and isn’t met with the same support and celebration lent to women’s friendships.

Because women are likely to be more open and emotional with their women friends, it makes sense that they would enjoy the positive impacts of friends more profoundly than men, who are not socialized to talk about their feelings.

The study also found that while familial relationships are very important as well, having close friends was associated with better health and more happiness in older adults, whereas both friendships and family relationships were boosters for health and happiness earlier in life. In the press release, Chopik says that this is likely the case because people who do not have family or a significant other still have their friends to rely on as they age and that we naturally become closer with the people we choose to associate with, rather than people we may be obliged to keep in our lives.

Bonior adds that by the time we’ve reached an older age, we’ve been able to curate our friendships, getting rid of the bad or unhealthy ones and sticking with the people who we care about and care about us. Especially for elderly adults who don’t live with their family, everyday interactions with neighbors and friends made within senior communities can make a huge difference for a person’s well-being.

Friendships are clearly important to everyone, and this new research shows that as a society, we may have some work to do around encouraging intimate male friendships. As for the ladies, it seems our friendship ducks are in a row, and we can celebrate all of the excellent benefits friends add to our lives.

How did you meet your BFF? Tell us @BritandCo!

From Your Site Articles
Elizabeth King
Elizabeth King is a politics, history, and culture writer based in the Twin Cities. She is generally pretty cranky but still enjoys traveling, music from the early 2000's, and plotting the resistance. Feel free to say hi on Twitter at @ekingc or check out some of her work at www.elizabethcking.com.
Friends
Issues
Friends Mental Health self care self-care
More From Issues